The national team faces Palestine in a decisive match in “West... 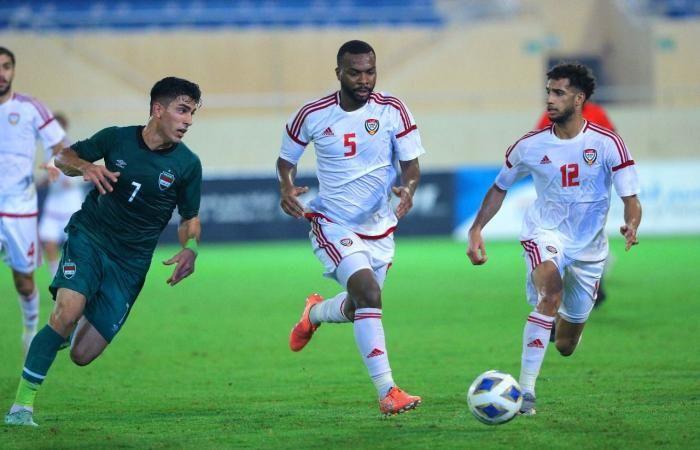 Sharjah – by Ayman Al-Fateh – The Olympic national team will play a decisive match against the Palestinian national team tomorrow at 4:30 pm in the third and final round of the group stage of the West Asian U-23 Championship, which it is hosting Saudi Arabia. The Iraqi team leads the second group standings with 6 points from two consecutive victories over the Palestinian team and our team, while the Olympic White has 3 points, which it won over the Lebanon team in the first round, and the Palestine team is equal with it in the number of points after it managed to achieve its first victory yesterday over Lebanon. Our team enters tomorrow’s match with the aim of achieving victory to revive its chances of qualifying.

Saif Majed Al-Mansoori, member of the Board of Directors and Vice-Chairman of the National Teams and Technical Affairs Committee, confirmed that tomorrow’s confrontation is a crucial match in the team’s journey in the tournament, especially after the loss yesterday against the Iraqi team, and that the technical and administrative staff was keen to raise the determination and morale of the players after the end of the match and urged them to fight. In playing against the Palestinian national team, he renewed his confidence in the team’s players and their ability to make double efforts to achieve the desired goal.

These were the details of the news The national team faces Palestine in a decisive match in “West... for this day. We hope that we have succeeded by giving you the full details and information. To follow all our news, you can subscribe to the alerts system or to one of our different systems to provide you with all that is new.