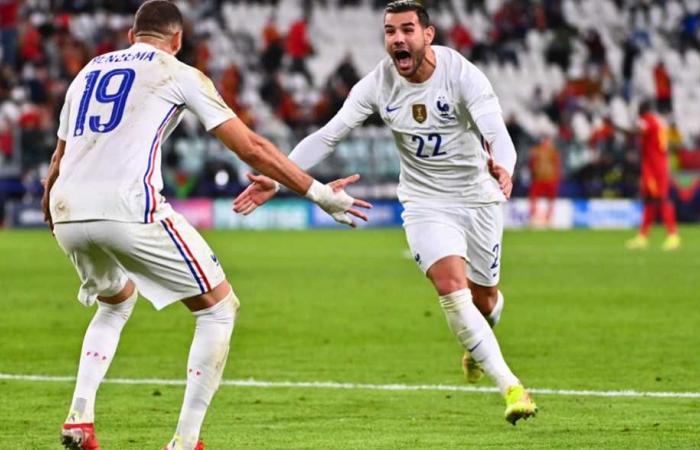 Belgium seemed to be on its way to a beautiful victory over France and qualifying for the European Nations League final, but the unthinkable happened and the dream turned into a nightmare.

France overturned a two-goal deficit to beat Belgium in the Allianz Stadium, the stronghold of Juventus, on Thursday in the European Nations League semi-finals.

And the French national team hit a date with Spain in the final next Sunday, which will be held at the same stadium.

Yannick Carrasco opened the meeting in the 37th minute for Belgium.

Romelu Lukaku added the second goal with a superb right-footed shot from inside the penalty area just three minutes later.

In the second half, the French team pulled out its teeth and Karim Benzema reduced the score with a first goal in the 62nd minute.

The video technology proved France’s right to obtain a penalty kick, which was successfully scored by Kylian Mbappe in the 69th minute.

Romelu Lukaku scored a goal, but it was canceled due to offside, and only a few minutes passed, and Theo Hernandez scored the third and killer goal for the roosters with a powerful left shot in the 90th minute.

Belgium failed to equalize in the remaining minutes of added time.

French fries are always said to be French.

But did you know that according to history she is Belgian and not French.

In the First World War there were American soldiers in a French-speaking Belgian town and at that time they ate potatoes.

The American soldiers called the potatoes, the French potatoes, but they are originally Belgian.

Belgium fans wore hats during previous matches between the two teams that read “Belgian french fries” but it looks like they will remain French thanks to that victory.

Belgium had previously asked UNESCO, according to the BBC, to include the potato in the Belgian heritage.

These were the details of the news FilGoal | News | French fries, not belgian for this day. We hope that we have succeeded by giving you the full details and information. To follow all our news, you can subscribe to the alerts system or to one of our different systems to provide you with all that is new.