The story of a goalkeeper in the English club “Newcastle” who... 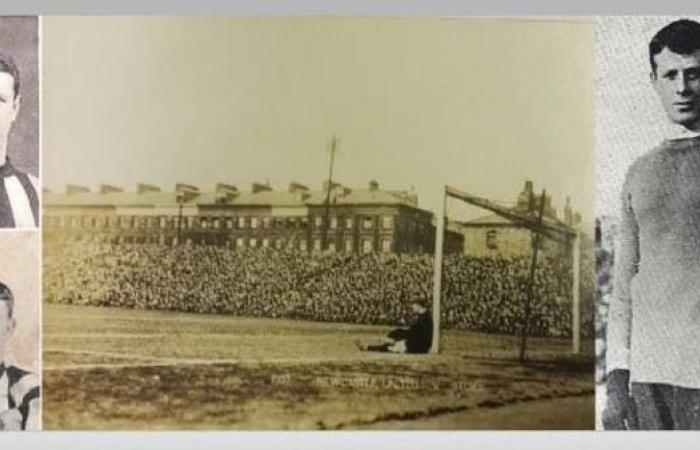 In the archives of the English football club, Newcastle, what is striking about a Scottish goalkeeper, we read in his biography and the biography of his team, which will celebrate the 130th anniversary of its founding next year. Jimmy Lawrence is known to have played the most matches in football history.

In those matches, Jimmy Lawrence won 3 first-class titles, in addition to his team’s victory in the 2010 FA Cup, a match that Al Arabiya.net displays a clipped video of below, in which Lawrence does not appear clearly. The club, which was known as Toon at that time, reached 4 other cup finals, during the time of its goalkeeper, who is described in many writings as being born in 1879 in the suburb of Partick, near Glasgow, the capital of Scotland, and contributed to Newcastle becoming one of the most successful teams in the early twentieth century. He became director of the club he joined in 1904 and remained active in it until his death.

It is also information about Lawrence, that he married in 1913 secretly, whose name was “Barbara Murray” in Newcastle, and did not tell her parents until a short time later, “but she died two months later of appendicitis, and after her burial, they suspected the inexperience of the doctor who was married to her sister Therefore, they exhumed her grave, extracted her body and dissected it, and it became clear that her brother-in-law had made mistakes that led to her abortion instead of treating her for infection, and because he was enjoying drunkenness when he had the operation, he was acquitted after a trial that lasted only two days.

Lawrence did not marry again, because he was once in Germany and felt a sudden ill health, so he returned to where he became director of the club, until he had a heart attack, which developed, according to what “Al Arabiya.net” concludes, from what they wrote, to an unknown heart disease, which led To his early death during his visit to his sister in Glasgow, and there they held a solemn funeral for him, and then cremated his body according to his will, so there is no grave for the most famous goalkeeper in the ancient history of “Newcastle”, but only memories.

These were the details of the news The story of a goalkeeper in the English club “Newcastle” who... for this day. We hope that we have succeeded by giving you the full details and information. To follow all our news, you can subscribe to the alerts system or to one of our different systems to provide you with all that is new.