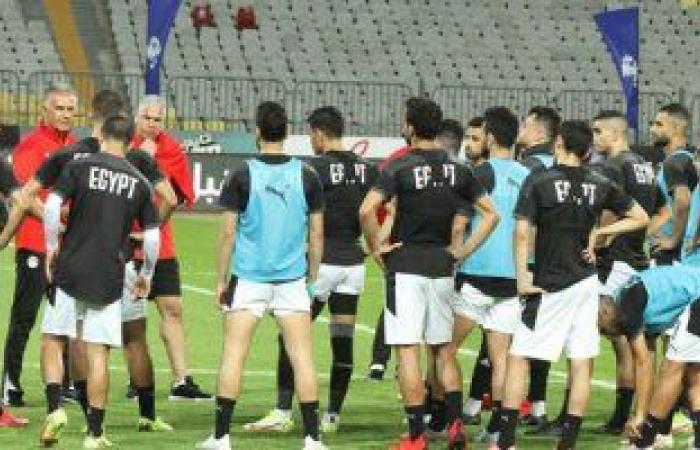 The security teams of the African group have completed their preparations to secure the match between Egypt and Libya at the Burj Al Arab Stadium, which is scheduled for nine o’clock on Friday evening in the third round of qualifying for the 2022 World Cup in Qatar.

The African group secures the players of the two teams and the refereeing staff that runs the match, while securing the doors, players’ corridors and press conference rooms.

The African group was keen to establish an operations room to follow the progress of the match, communicate with security men, and work to create a safe atmosphere for the players.

The technical staff of the national team, led by Carlos Queiroz, announced a list of the names of the players selected for the two Libya matches, and the list includes 24 players: goalkeepers: Muhammad Al-Shennawi, Muhammad Abu Jabal, Muhammad Bassam and Muhammad Sobhi, and in defense: Akram Tawfiq, Ahmed Fathi, Ahmed Hegazy and Baher Al-Muhammadi, Mahmoud Hamdi “Al-Wensh” And Yasser Ibrahim, Ahmed Abu Al-Fateh and Ayman Ashraf, and in the middle: Muhammad Al-Nini and Amr Al-Sulayya, Tariq Hamed and Hamdi Fathi, and in the middle the attacker: Ahmed Sayed “Zizou” and Muhammad Salah, Abdullah Al-Saeed and Ibrahim Adel, Ramadan Sobhi and Omar Marmoush, while the attack: Ahmed Hassan “Koka” and Mustafa Mohamed.

These were the details of the news Intense security preparations to secure the Egypt-Libya match for this day. We hope that we have succeeded by giving you the full details and information. To follow all our news, you can subscribe to the alerts system or to one of our different systems to provide you with all that is new.