Zamalek begins registration next summer, after the Sports Court upheld the... 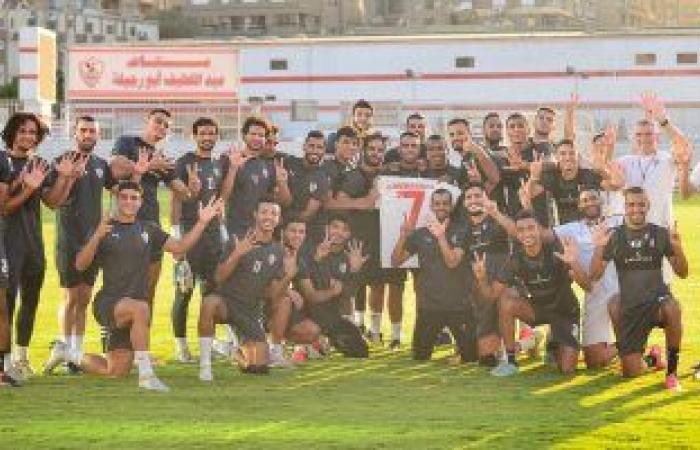 Zamalek club begins the process of registering players and new new deals after the end of the penalty of the International Football Association “FIFA”, in the upcoming summer transfers before the start of the season after the next, after Hussein Labib, head of the committee in charge of managing Zamalek club, confirmed that the Sports Court rejected the appeal submitted by the club. Zamalek to lift the penalty of suspending the registration for two periods, during the hearing that was held this afternoon.

And Zamalek had included 3 new deals in the current transfer season, namely, Mahmoud Shabana, Hamdi Al-Naqaz, and Omar Kamal Abdel Wahed, but the crisis of stopping the registration prevented them from being included in the list of the white team.

The International Federation asked Zamalek last January 13 to respond to the complaint no later than February 3, 2021, and Zamalek was given a two-week period to respond before transferring the case to the Dispute Resolution Committee. Look at any letters after that.

The surprise came that Zamalek did not send any response to the International Federation, and the file was transferred to the Dispute Resolution Committee, which issued a decision to suspend Hossam Ashraf for 4 months, and fine Zamalek 4 million euros, because the player’s contract with the Academy stipulates the payment of 4 million euros in case of termination of the first season. of the contract.

Zamalek obtained a deadline to request the merits and respond with an appeal after the decision, and the International Federation warned that if the merits were not requested, Zamalek would lose its right to appeal, which is what happened as Zamalek did not request the merits of the ruling and did not send an appeal to the Dispute Resolution Committee to issue a final ruling preventing Zamalek from registering for two periods. and fined 4 million euros.

Zamalek officials contacted the academy in Cameroon and made a settlement by paying 100,000 euros in advance and the same amount after the official end of the crisis in FIFA, but the surprise was that the International Federation did not accept the settlement due to exceeding the specified periods for response, as well as not asking for the referee’s merits, and FIFA did not recognize the settlement and transferred the matter To the International Court of Sports “CAS”.

These were the details of the news Zamalek begins registration next summer, after the Sports Court upheld the... for this day. We hope that we have succeeded by giving you the full details and information. To follow all our news, you can subscribe to the alerts system or to one of our different systems to provide you with all that is new.