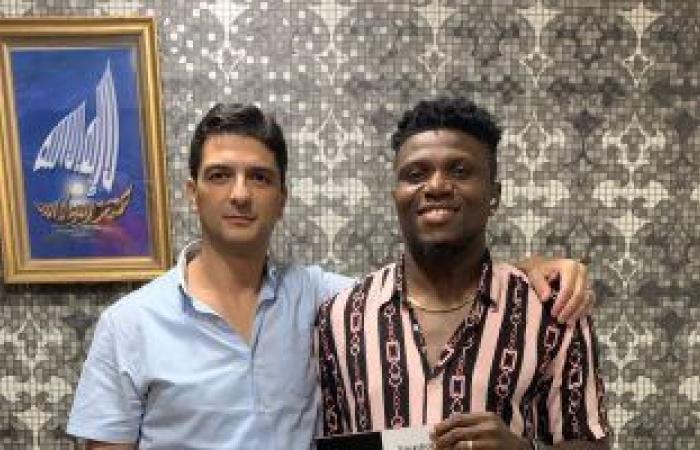 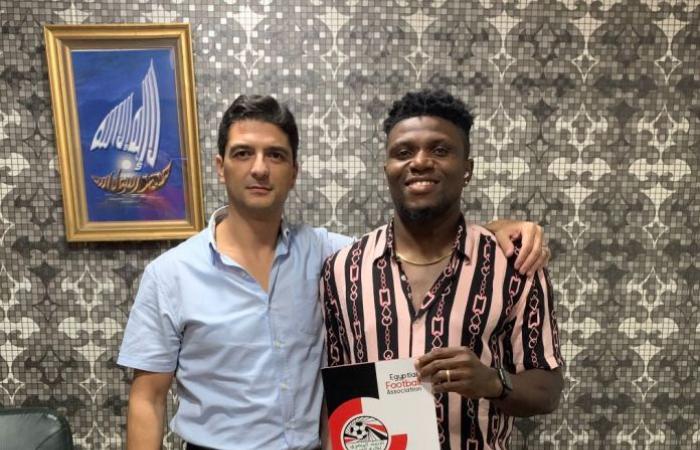 The Arab Contractors Club succeeded in signing Nigerian striker John Oakley for 3 seasons in a free transfer deal from Saif Club in the Bangladesh League after intense negotiations and strong competition with several Egyptian clubs, which the contractors settled in his favor in the last hours before the registration door was closed.

The player arrived in Cairo early Thursday morning and conducted a medical examination and signed his transfer contracts to the Arab Contractors, despite the presence of more than one Egyptian offer for the player over the past few days, but he preferred to move to the Arab Contractors after knowing the club’s history in the Egyptian league and African championships.

The player signed in the presence of Engineer Mohamed Adel Fathi, the supervisor of the ball, and Ahmed Zain Al-Abidin, the player’s agent.

John Oakley, born in 1997, plays in the center of the outright striker and is good at playing in the rest of the attacking positions. He scored 17 goals last season and made 5 goals and won the admiration of Imad Al-Nahhas, the coach, and stuck to his inclusion in the team.

These were the details of the news The Contractors Announces Official Contract With John Oakley for this day. We hope that we have succeeded by giving you the full details and information. To follow all our news, you can subscribe to the alerts system or to one of our different systems to provide you with all that is new.