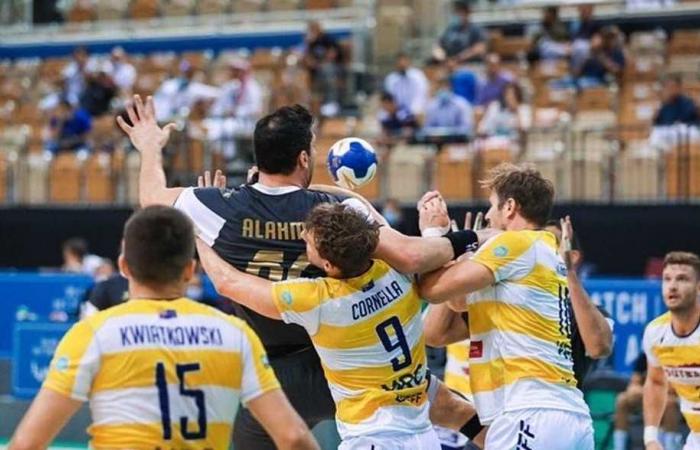 The Zamalek men’s handball team swept the University of Sydney in the ranking stage matches, approaching the fifth place in the Club World Cup.

Zamalek defeated the Australian team, 38-19, in a match dominated by the white knight until the end, and Zamalek goalkeeper Mahmoud Khalil Felfel won the award for the best player in the match.

The match started evenly in the first ten minutes before Zamalek expanded the difference from 5-5 to 13-5 in the 20th minute of the match.

The first half ended with the victory of Zamalek with a score of 18-7, and the matter did not differ much in the second half, as Al-Abyad continued to dominate the match until it ended.

Zamalek had moved to the ranking stage after exiting the quarter-final against Barcelona.

Zamalek is located in the second group of the ordinal stage, which includes next to it the University of Sydney and the Saudi unit.

Zamalek will play its next match against Al-Wahda team at 3:00 pm on Saturday at the end of the tournament.

After the end of the ordinal stage, the first group and the second group are compared in terms of points and goal difference, to determine the fifth and sixth, and in the same way the rest of the positions up to the tenth.

These were the details of the news FilGoal | News | Handball World Cup for this day. We hope that we have succeeded by giving you the full details and information. To follow all our news, you can subscribe to the alerts system or to one of our different systems to provide you with all that is new.