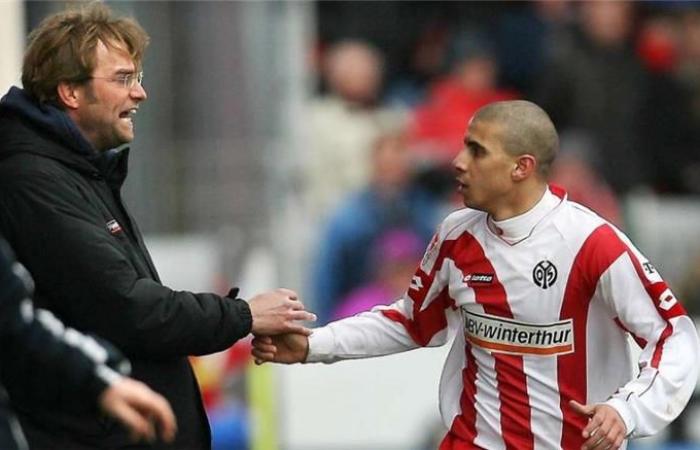 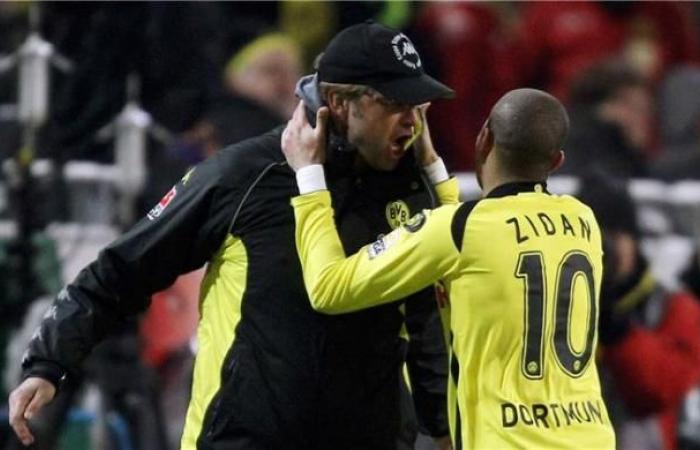 The coach of the first football team admitted the current Liverpool club, Jurgen KloppThe former Egyptian national team striker, Mohamed Zidan, was the most difficult to deal with during his time with Mainz.

Zidane played with Klopp when he was on loan from Werder Bremen to Mainz in the 2005/06 season and the second after he moved to the team permanently in the 2007 season and scored 24 goals in 51 games over the two periods in the German League.

But the two met again, but in Borussia Dortmund in the period from 2008 to 2012, and Zidane scored during that period 13 goals in 66 matches in the same competition.

Read also.. Klopp reveals the player he dreamed of training with Liverpool

Klopp conducted an interview with the “Maines” channel on YouTube, and asked him a question as follows:

Who was the most difficult player to deal with in Mainz? Did Mohamed Zidan talk a lot or Nicholas Nowsky, who spoke more than him?

He added, “We had to hold meetings with the entire team when Mo was with the Egyptian national team, to explain how to benefit from his presence with us in Mainz, and to calm the players towards him, especially since there was complete conviction in his abilities to score goals for us in matches.”

He continued, “Mohamed Zidan could have put shampoo on you again after you had just finished taking a shower and had already got dressed.”

He continued: “Some players wanted to hit him outside the locker room, then I had to calm down the whole team, and it worked.”

These were the details of the news The players wanted to hit him.. Klopp: Mohamed Zidan is more... for this day. We hope that we have succeeded by giving you the full details and information. To follow all our news, you can subscribe to the alerts system or to one of our different systems to provide you with all that is new.