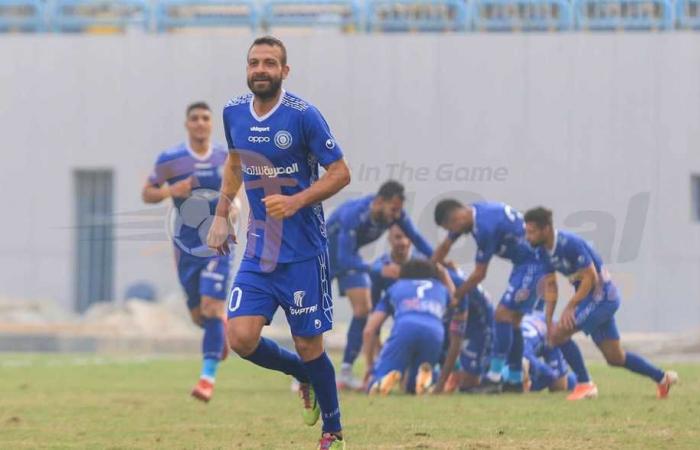 Al-Halawani joined the team, which is spending its second season in the Egyptian League, in a free transfer deal after the end of his contract with Aswan.

The management of Ceramica Cleopatra obtained the signature of Al-Halawani, after he successfully passed the medical examination, and he organizes group training directly with the team.

Al-Halawani became the seventh deal for Cleopatra’s ranks in preparation for the new season, after the inclusion of Bassem Morsi and Mahmoud Koko from Egypt for the clearing and Mahmoud Al-Badri from Smouha, the Tunisian Bilal Al-Saeedani from the Saudi Damak, and Musab Al-Battat from the Palestinian youth club Al-Dhaheriya and Evans Mensah, the Qatari player Al-Duhail.

Amr Al-Halawani, 36, joined the ranks of Al-Ahly youth and then went through a professional experience between Greece and Cyprus.

In 2010, he joined the ranks of Enppi until 2019 and then joined the border guards and spent only one season with them before moving last season to Aswan.

During the last season with Zahrat Al-Janoub, Al-Halawani scored 5 goals and made 12 more goals in the league, equally with Ali Maaloul, the left back of Al-Ahly.

These were the details of the news FilGoal | News | The seventh deal .. Amr... for this day. We hope that we have succeeded by giving you the full details and information. To follow all our news, you can subscribe to the alerts system or to one of our different systems to provide you with all that is new.