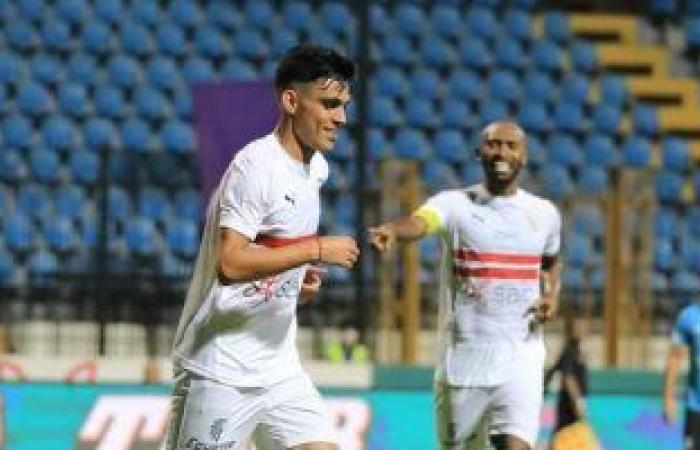 The brilliance of the Moroccan star Ashraf Ben Sharqi, the Zamalek striker, prompted many foreign clubs to enter into serious negotiations with him to include him, especially since his contract with the white team expires at the end of next season, and therefore he has the right to sign for any club during the month of January.

And “The Seventh Day” learned that the Qatari Al Rayyan Club spoke with Ashraf bin Sharqi’s agent about the club’s desire to include him, as an amount of $ 2.5 million was allocated as an annual salary for the player, an amount that exceeds the salary that the player currently receives in Zamalek by a large margin.

Zamalek officials are trying to extend Ashraf Bin Sharqi’s contract, and a number has been reached that met the acceptance of the two parties in the negotiations, but Bin Sharqi’s insistence on setting a clause that gives him the termination of the contract at any time when he pays only $ 500,000 is what made the Zamalek administration refuse to extend it at the present time and return again to the negotiating table in order to persuade the player to waive that condition, which the Zamalek administration deems illogical and puts a barrier of mistrust between the two parties.

Al-Rayyan is following the path of his compatriot Al-Duhail, who entered into negotiations to include Ali Maaloul, the Al-Ahly star, in the same way, as the player was tempted to obtain 2.5 million dollars annually as well, on the condition that his contract with Al-Ahly was not renewed and his inclusion free of charge, starting from the season after next.

These were the details of the news Al Rayyan plans to include Bin Sharqi for 2.5 million annually... for this day. We hope that we have succeeded by giving you the full details and information. To follow all our news, you can subscribe to the alerts system or to one of our different systems to provide you with all that is new.