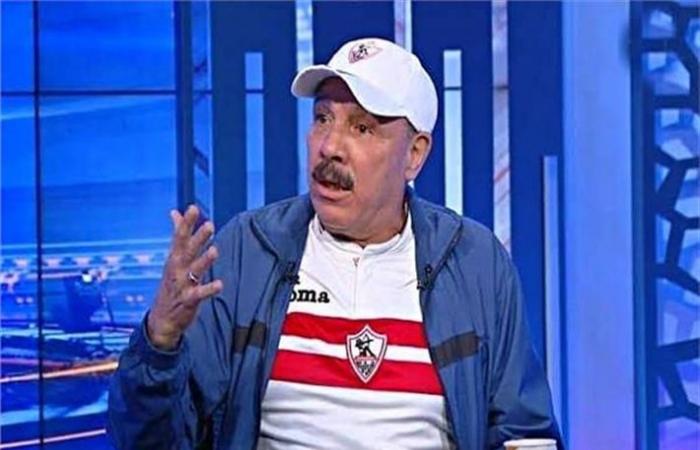 Raafat Yassin, known as “Al-Khawaja”, the great fan of Zamalek Club, passed away on Wednesday, September 29.

“Al-Khawaja” participated in a scene from the movie “Abu Ali”, which was shown in 2005, and co-starred with Karim Abdel Aziz, Mona Zaki, Khaled Al-Sawy and Talaat Zakaria, directed by Ahmed Nader Galal.

He also appeared in one of the scenes of the movie “Keda Reda” in 2007, starring Ahmed Helmy, Menna Shalaby, Khaled Al-Sawy and Lotfi Labib, directed by Ahmed Nader Galal.

Al-Khawaja was famous for his encouragement and support for the Zamalek club, and he is one of the club’s biggest fans.

Menna Arafa, a festival singer, will soon be preparing a surprise with Maestro Zizou

Summary – Arwa Joudeh in “A Final Word”: I thought about freezing my eggs… and I thought the actors were liars

Hala Shiha publishes new pictures with the hijab: Happy from my heart

These were the details of the news He appeared in “Abu Ali” and “Keda Reda” … The departure... for this day. We hope that we have succeeded by giving you the full details and information. To follow all our news, you can subscribe to the alerts system or to one of our different systems to provide you with all that is new.