Find out when “Al-Shahat” and “Yasser Ibrahim” will return to Al-Ahly... 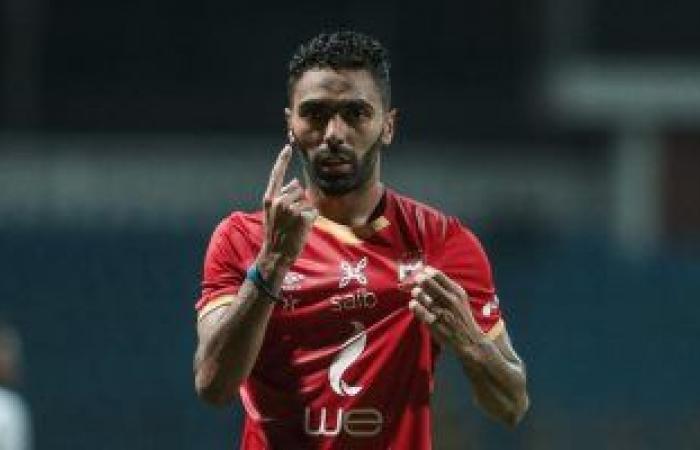 Dr. Ahmed Abu Abla, head of Al-Ahly’s medical apparatus, said that Hussein Al-Shahat and Yasser Ibrahim, the two players of the team, are currently completing the implementation of their rehabilitation program to recover from injury.

Abu Abla added that the duo has made great strides in implementing their rehabilitation program to recover from injury, stressing that the duo is approaching a gradual return to group training at the beginning of next Sunday.

Al-Shahat suffers from an injury to the adductor muscle, while Yasser Ibrahim suffers from a slight strain in the anterior muscle.

The Al-Ahly club’s football team continues its daily training at Al-Touch Stadium, after it played yesterday, Tuesday, a friendly match against Al-Ghaba Baltic team, where the red genie is happy for the upcoming African and local engagements, foremost of which is the confrontation with Gander Meh, the champion of Niger in the African Championship, where Al-Ahly received assurances from the Niger champion. That their match in the first leg of the 32nd round of the African Champions League will be held next October 16 in Niger, and that Al-Ahly is still waiting for the arrival of an official letter from the Niger champion to confirm this date.

Al-Ahly officials began the last days of travel procedures to Niger, where Syed Abdel Hafeez, the football director of Al-Ahly, asked the team’s administrative staff to prepare travel procedures for this match, which will be the “kick start” in the African Champions League, which Al-Ahly holds its title in the last two editions.

Gandermer set up a date with Al-Ahly in the 32nd round of the African Champions League, after defeating its host, Le Massaguere, the Burundian champion, with a goal in the second leg of the preliminary round of the African Champions League, to decide the Niger champion’s qualification to face Al-Ahly. 1, where the two teams tied 1-1 in the first leg, and the first leg match between Al-Ahly and Gandermer Nacional will be held in Niger on October 16, while the return match will be held in Cairo on October 22-23-24.

These were the details of the news Find out when “Al-Shahat” and “Yasser Ibrahim” will return to Al-Ahly... for this day. We hope that we have succeeded by giving you the full details and information. To follow all our news, you can subscribe to the alerts system or to one of our different systems to provide you with all that is new.