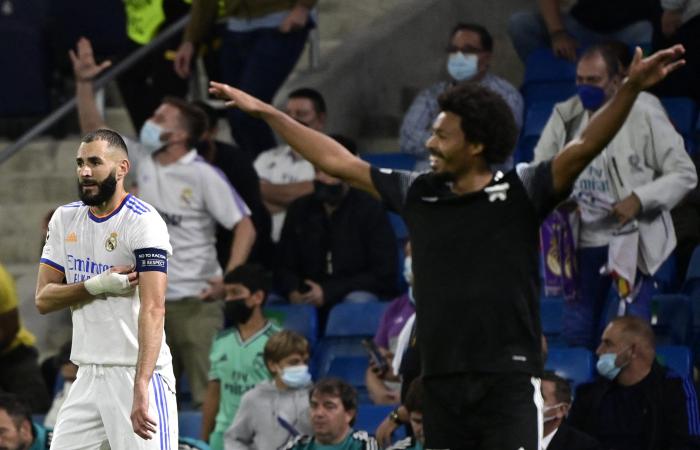 Superstar Lionel Messi scored his first “historic” goal with Paris Saint-Germain, on Tuesday, to contribute to his new French team’s valuable victory over Manchester City, 2-0, in the second round of the first group competitions of the European Champions League.

Messi waited for his fourth match to score his first goal in his new team shirt, after joining the Parisian club from Barcelona, ​​which he entered as a youngster in 2003, and did not leave him since then only last month, in a deal that shook world football.

The Argentine flea’s goal came after a back pass from Frenchman Kilian Mbappe in the 74th minute, and Messi hit it in the upper corner to give his team a 2-0 lead, after Idrissa Guy opened the scoring in the seventh minute.

Messi scored his 121st goal in the most expensive continental competition in 151 matches.

Messi, along with Portuguese Cristiano Ronaldo returning to his former club, Manchester United, are the only two players to have scored in 17 consecutive editions of the Champions League.

Saint-Germain topped the group with 4 points from two matches, equally with Club Brugge, while Man City, the last summer’s runner-up, froze at 3 points in third place, and the German Leipzig was at the bottom of the standings without points.

Saint-Germain entered the meeting aspiring to avenge City, which eliminated them from the semi-finals of the continental competition last year, 4-1 on aggregate, to deprive them of the dream of winning the continental title for the first time in their history.

Saint-Germain also started the current competition with a disappointing 1-1 draw against Club Brugge, so Argentine coach Mauricio Pochettino knew that there was no room for any other stumble, apart from his domestic brilliance and his 8 consecutive victories in the French League.

As for City, he entered the meeting ecstatic by defeating Chelsea in the English Premier League last weekend, knowing that the “Citizens” began the continental competition with a wide victory over Leipzig, Germany, 6-3.

Under the leadership of the terrible attacking trio, Neymar, Mbappe and Messi, the owners of the land began to meet better, showing their early desire to kidnap the progress, which happened only seven minutes into the match, after a breach on the right side by Mbappe, whose pass caused confusion within the area, before To reach the Senegalese international striker Guy, who fired a powerful shot into the top corner without giving City’s Brazilian goalkeeper Ederson any chance.

Saint-Germain continued to dominate for a few minutes after his goal, but the guests began to gradually exit from their conservative performance, after moving the midfield, and effectively on the left side through Jack Grealish, who moved from Aston Villa in a record deal.

Pep Guardiola’s men had an opportunity to equalize, during which the ball hit the post and then the crossbar after a corner kick from Belgian Kevin De Bruyne, the first time by Raheem Sterling with a header and the second by Portuguese Bernardo Silva (26), amid everyone’s astonishment that the England champion was unable to realize tie.

After advancing in the result, Saint-Germain’s performance was dominated by caution, other than the start of the match, but the steadfastness of the French team’s defense at the halfway point was satisfactory for Pochettino.

City tried to level the score in the second half, but missed the final touch, while the hosts suddenly focused on defense despite the presence of the star-studded squad.

These were the details of the news A resounding European fall for Real Madrid at the “Santiago Bernabeu” for this day. We hope that we have succeeded by giving you the full details and information. To follow all our news, you can subscribe to the alerts system or to one of our different systems to provide you with all that is new.