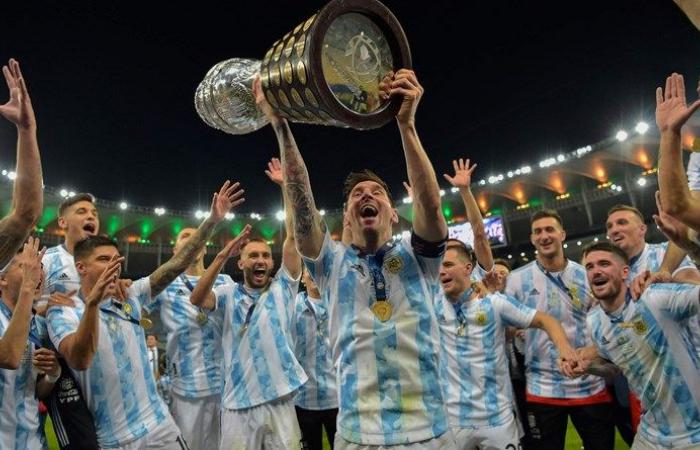 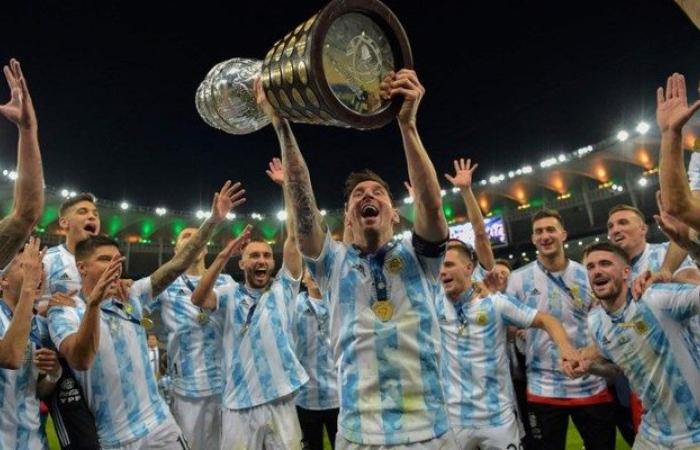 The Italian national football team, crowned with the European Cup, will face Argentina, the winner of the Copa America in June 2022, according to what was announced by the European Union for the game “UEFA” and its South American counterpart, “Conmebol”.The two federations confirmed in a joint statement that the expected confrontation between the two continental champions will take place during the “international window in June” on a “stadium to be determined later.”

The two federations aim to develop football “to the borders beyond their geographical areas, as a bridge that unites peoples, countries, continents and cultures” and to agree on “other matters of common interest,” as UEFA and CONMEBOL explained, without further elaboration.

The rapprochement between the two most powerful federations in the world of football comes in the midst of a war for influence with the International Federation of the game “FIFA”, as the latter plans to double the pace of the World Cup finals by organizing them every two years instead of four years.

UEFA and CONMEBOL oppose this project, which would change their agenda and form a competitive element for their competitions with the support of several national leagues, fan associations and the players’ union FIFPro.

In the face of this front of rejection, FIFA benefits from the support of former players and coaches participating in the “Legends” program, and perhaps from the silent majority of small countries that rely heavily on the World Cup to double their incomes. Listen to their views,” at a virtual summit meeting next Thursday.

These were the details of the news Announcing the date of the match between Italy and Argentina for this day. We hope that we have succeeded by giving you the full details and information. To follow all our news, you can subscribe to the alerts system or to one of our different systems to provide you with all that is new.