Why Bruno kicked the penalty against Villa and not Ronaldo? ... 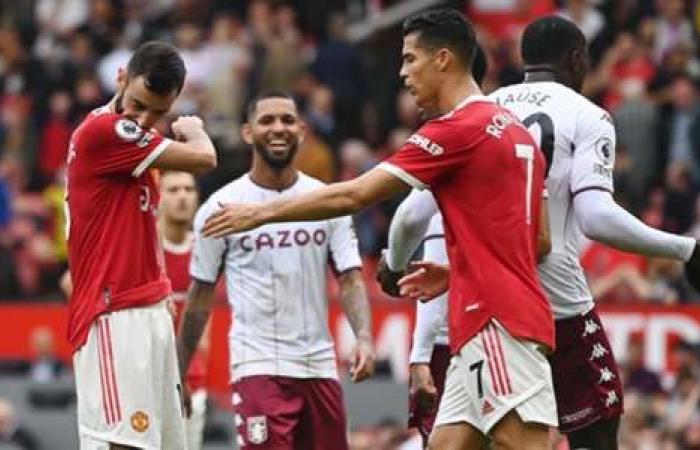 It seems that Ole Gunnar Solskjaer has decided his position on the player who will take penalties in Manchester United, but what was the result?

The Red Devils got a golden opportunity to equalize the score against Aston Villa, in the sixth round of the English Premier League, and missed it in the 93rd minute of the match.

Bruno Fernandes or Cristiano Ronaldo? If your expectation is the latter, Solskjaer totally disagrees with you, and have the nerve to ignore Ronaldo.

In the end, the Norwegian paid the price for this confidence, with Bruno taking the worst kick of his career, and knocking the ball over the bar to the stands of Old Trafford.

Why did Bruno shoot?

Since Ronaldo came, everyone has been asking, who takes the penalty kicks? The Portuguese star who came to be the first star in everything, and is already distinguished in its payment? Or his countryman, who has proven effective and clear since he came to the Red Devils.

In fact, we will find that Bruno was the best option from a digital point of view, because he took 42 kicks at club level, of which he scored 39 and missed only 3, achieving a rate of 92.9%.

On the international front, he took 3 kicks with the Portuguese national team, scoring them all to reach 100%.

This is the first time that the player misses a penalty kick after 23 attempts with the English team.

On the other hand, Ronaldo scored 147 kicks with the teams he represented, scoring 125 and reaching 85%.
Click here to participate in the Power Horse Challenges and win valuable prizesAs for international kicks with Portugal, he shot 20 times, scoring 14 goals, and his success rate reached 70%, which reflects the superiority of his teammate.

Why wasted the Portuguese star?

The cameras showed that Ronaldo looked at his teammate as soon as the kick was calculated, and asked him to take it instead of him due to its extreme importance.

However, Bruno ignored him, and Paul Pogba intervened, telling Ronaldo to let his compatriot shoot it, knocking it over the crossbar.

It came to Aston Villa goalkeeper Emiliano Martinez provoked Bruno, who also asked him to give the kick to Ronaldo.

The closest explanation to the way Fernandes played the kick in this strange way, is his feeling of great pressure and responsibility, because if he did not score, he would give everyone a chance to criticize him, and he would prove that Ronaldo is the rightful one, which is what actually happened.

The Norwegian coach commented on the missed ball, saying: “First of all, the way everyone got around the penalty point, I didn’t like it. Bruno is very good at taking these kicks and unfortunately he missed this kick.”

On the possibility of Martinez provoking him before hitting the ball: “I don’t think so, Bruno is mentally strong and will recover quickly from this shot, and as for the decision of who takes the kicks, it is taken before the match.”

He continued, “Bruno was excellent at playing penalty kicks, and Ronaldo may be among the best in the world with this quality, so we feel lucky to have them together as great shooters, but in the end we missed the opportunity to get a point.”

These were the details of the news Why Bruno kicked the penalty against Villa and not Ronaldo? ... for this day. We hope that we have succeeded by giving you the full details and information. To follow all our news, you can subscribe to the alerts system or to one of our different systems to provide you with all that is new.