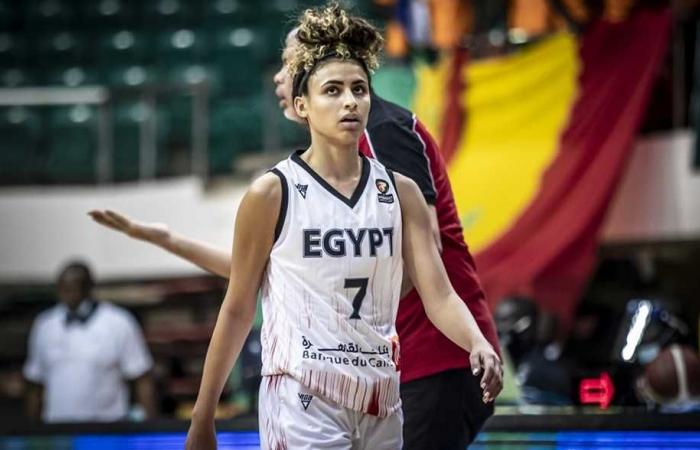 Egypt ranked sixth in the African Women’s Basketball Championship, after losing to Mozambique, 62-69.

Egypt was late in the first quarter with a score of 18-14, before the difference widened in the second quarter for Mozambique, and the result became 38-22.

But the women of Egypt rose up in the third quarter, reducing the difference, and the result became 52-46.

The fourth quarter was equal, ending the match with a difference of 7 points for Mozambique.

Thus, Egypt occupies its best position in the tournament since the 1984 edition, which it also finished in sixth place out of 8 teams.

Soraya Mohamed, the Egyptian player, scored 24 points during the match, more than any other player in the match.

Thus, Al-Salawi maintained the top scorer in the tournament with 101 points, while Soraya Mohamed jumped to second place with 91 points.

Al-Salaoui secured the title of top scorer by a large percentage, as the closest player to her who will play another match tomorrow is Djeniba Ndiaye, the Mali star, who has 67 points.

Egypt had lost to hosts Cameroon in the quarter-finals, before qualifying to play the match for the fifth and sixth places after its victory over Angola on Saturday.

Côte d’Ivoire, in turn, ranked seventh in the tournament by defeating Angola – which finished eighth – with a score of 62-57.

The final of the tournament will be held on Monday between Mali and Nigeria, while Cameroon will play Senegal to determine the third place.

Egypt won the title twice in the first two editions, in 1966 and 1968, while it moved between the seventh and eighth places with the last 6 participations.

These were the details of the news FilGoal | News | Basket – Egypt is satisfied... for this day. We hope that we have succeeded by giving you the full details and information. To follow all our news, you can subscribe to the alerts system or to one of our different systems to provide you with all that is new.