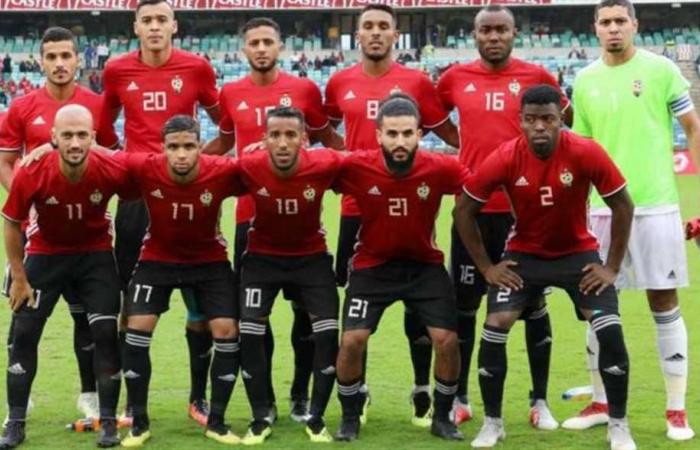 The Libyan national team announced a list of 27 players who will face the Pharaohs twice in October in the 2022 World Cup qualifiers.

Spanish coach Javier Clemente included the stars Moayad Al-Lafi, Anis Salto, Mohamed Tabbal, Hamdo Al-Huni and Sanad Al-Werfalli, in preparation for the matches of Egypt on October 8 and 11, in the third and fourth rounds of the second stage of the African qualifiers for the World Cup in Qatar.

The Libyan Football Association revealed that the national team will organize a preparatory camp for the two matches in Turkey from September 27 to October 7.

Libya leads Group F with a full score, after it beat Gabon 2-1 and then dropped its host Angola with a goal by Omar Al-Khoja.

While Egypt is the group runner-up after its victory over Angola and its draw against Gabon.

The group champion qualifies for the final stage of the qualifiers, in which 5 teams play against 5, and the winners reach the World Cup.

In the last two rounds, Egypt will play its host Angola and then host Gabon in November.

Libya did not participate in the World Cup before, while Egypt was eliminated from the first round in 1934, 1990 and 2018.

These were the details of the news FilGoal | News | Braga player returns to Libyas... for this day. We hope that we have succeeded by giving you the full details and information. To follow all our news, you can subscribe to the alerts system or to one of our different systems to provide you with all that is new.