Roma lose their first match with Mourinho against Verona 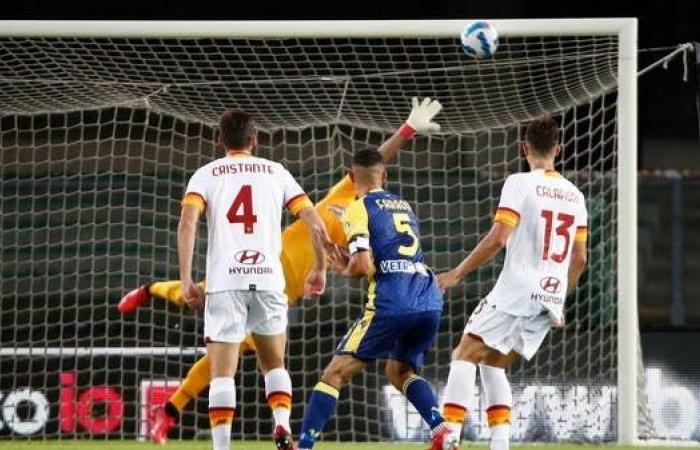 Hellas Verona halted the impressive start of its guest, Roma, in the Italian Football League this season, after beating it 3-2 today, Sunday, in the fourth stage of the competition.

Lorenzo Pellegrini scored for Roma in the 36th minute, before Verona responded with two goals signed by Antonin Barak and Gianluca Capari in the 49th and 54th minutes, respectively. Roma equalized with a goal that came through friendly fire through Serbian Ivan Ilic, Verona player, who scored an own goal in the 58th minute.

While Roma tried to search for the winning goal, Verona scored its third goal in the 63rd minute through Marco David Faraoni, inflicting the first loss for the Italian capital team in the competition this season.

These were the details of the news Roma lose their first match with Mourinho against Verona for this day. We hope that we have succeeded by giving you the full details and information. To follow all our news, you can subscribe to the alerts system or to one of our different systems to provide you with all that is new.