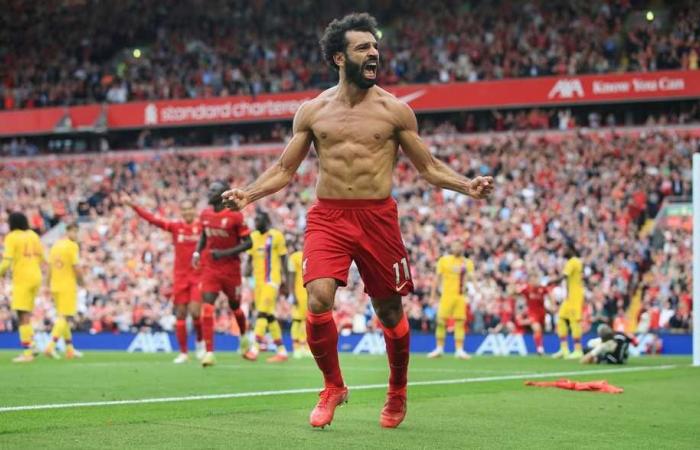 Former Arsenal and Liverpool midfielder Michael Thomas believes that Mohamed Salah deserves to be in the list of the 10 best players to have appeared in the English Premier League throughout its history.

“Salah is a talent that many fans underestimated,” Thomas told caughtoffside. “He has been fantastic since joining Liverpool.”

The Liverpool player from 1991 to 1998 added, “I would like Salah to extend his contract with Liverpool and live the height of his career with the club.”

He continued, “Salah should be among the top 10 players who have appeared in the Premier League throughout its history, given his scoring numbers and leading Liverpool to win the league title after 30 years of absence.”

The Arsenal player from 1984 to 1991 continued, “Thierry Henry is undoubtedly at the top of the list, given his impact on Arsenal, and the Premier League as a whole, is unparalleled.”

“It is possible that Cristiano Ronaldo will be in the top three on the list, but not only because of his brilliance in the English Premier League.”

And he added, “If Ronaldo leads Manchester United to win this season, I may have to re-evaluate.”

“Ronaldo is a very great player, but I do not think that United is the most prominent candidate to win the title, Manchester City, Liverpool and Chelsea are closer to the title because of the balance of each team.”

It is noteworthy that Liverpool leads the Premier League with 13 points, awaiting the results of Chelsea, Manchester United and Everton, each with 10 points from 4 matches.

These were the details of the news FilGoal | News | Former Arsenal and Liverpool player:... for this day. We hope that we have succeeded by giving you the full details and information. To follow all our news, you can subscribe to the alerts system or to one of our different systems to provide you with all that is new.