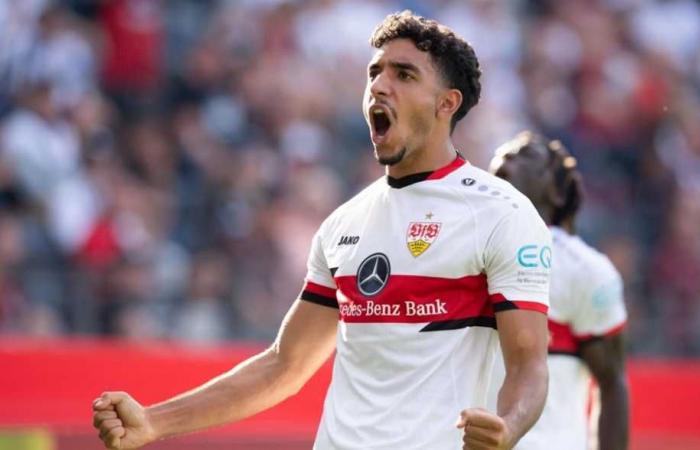 Omar Marmoush leads the Stuttgart attack against Bayer Leverkusen in the German League.

Stuttgart coach Pellegrino Matarazzo announced the formation of his team to face Bayer Leverkusen shortly, in the fifth round of the German League.

The formation of Stuttgart witnessed the presence of Omar Marmoush, the Egyptian striker, as a starting point for the second match in a row.

Marmoush had scored Stuttgart’s goal against Eintracht Frankfurt in the last round, which ended in a draw.

Marmoush is spending the current season on loan from Wolfsburg to Stuttgart until the end of the season.

The 22-year-old joined the Egyptian national team for the first time for the October camp.

The formation of Stuttgart against Bayer Leverkusen was as follows:

These were the details of the news FilGoal | News | Stuttgart line-up – Marmoush main... for this day. We hope that we have succeeded by giving you the full details and information. To follow all our news, you can subscribe to the alerts system or to one of our different systems to provide you with all that is new.