Did Al-Ahly Bank ask to borrow Hamdi Al-Naqaz from Zamalek? ..... 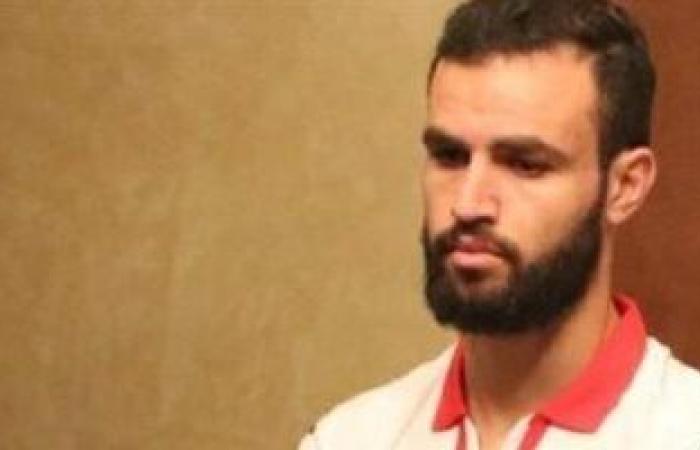 Ashraf Nassar, president of Al-Ahly Bank Club, revealed that there are currently no negotiations with Zamalek to contract Tunisian Hamdi Al-Naqaz on loan for a season during the current summer transfer period.

Ashraf Nassar said in exclusive statements to “The Seventh Day”, that he did not speak with Zamalek officials at all to negotiate a contract with the Tunisian Hamdi Al-Naqaz.

The head of the National Bank Club indicated that there are meetings between the technical staff led by Khaled Jalal and the Football Committee to find out what the team needs during the current transfers before closing the registration door.

Hamdi El-Naqaz, the Tunisian national team player, returned to the Zamalek club, after a short period during which the player’s relationship with the fans of the White Castle worsened due to his sudden departure from the club, which puts him in charge of restoring the lost ring of confidence between him and the fans during the coming period, which will only be achieved by crowning championships.

Hamdi Al-Naqaz joined Zamalek club before in the 2017/2018 season, coming from the ranks of the Tunisian coastal star, where Al-Naqaz participated in 63 meetings with the white team, during which he made 9 goals and did not score.

After his contract with the white team was terminated, Al-Naqaz joined the Sudova team in the Lithuanian league, but he only participated in one match, before returning to the Tunisian league through the Esperance gate, to participate in 34 games, during which he scored one goal and made 3 other goals.

Hamdi Al-Naqaz started his football career in the coastal star team, where he participated in 109 matches, during which he scored 7 goals and made 16, and is considered the best period in the Tunisian international career.

The marketing value of Al-Naqaz is 800,000 euros, and during his football career, Hamdi Al-Naqaz won the Egypt Cup with Zamalek twice, the African Confederation Cup twice, once with Zamalek and another with the coastal star, and crowned the Tunisia Cup 3 times with the coastal star, in addition to being crowned in the Tunisian League twice. Once with Etoile and another with Esperance, bringing his total to 9 titles.

These were the details of the news Did Al-Ahly Bank ask to borrow Hamdi Al-Naqaz from Zamalek? ..... for this day. We hope that we have succeeded by giving you the full details and information. To follow all our news, you can subscribe to the alerts system or to one of our different systems to provide you with all that is new.