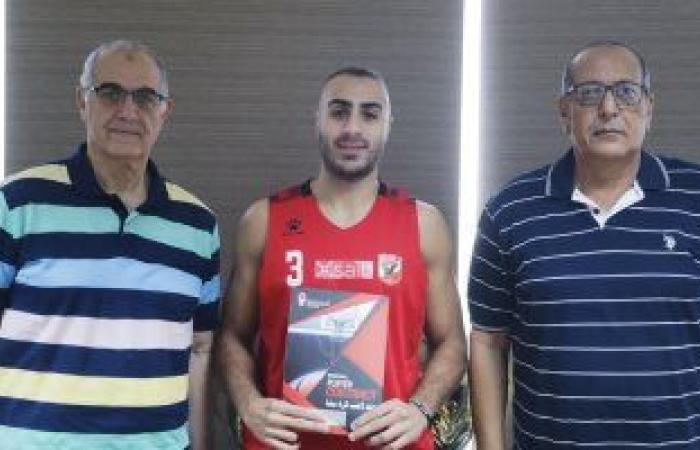 Raouf Abdel Qader, General Manager of Sports Activity at Al-Ahly Club, announced the completion of the contract with Omar Azab to move to the ranks of the first men’s basketball team at Al-Ahly Club, for a period of 4 seasons, coming from Smouha.

Abdel Qader explained that the player signed the contracts, and all procedures for his registration in the team’s list were completed, in the context of strengthening the ranks of the Al-Ahly basket men with the best elements to compete strongly and achieve victories in all competitions.

The Director General of Sports Activity added that Omar Azab is a distinguished player and represents a real addition to the Al-Ahly men’s basketball team, which has been supported this season by many strong deals, most notably the American Michael Thompson and Marwan Sarhan, as well as the contract with the American Michael Fakwadi to participate with the team in the Arab Championship that is held in Alexandria in the coming days.

These were the details of the news Officially.. Al-Ahly includes Omar Azab, a Smouha basketball player for this day. We hope that we have succeeded by giving you the full details and information. To follow all our news, you can subscribe to the alerts system or to one of our different systems to provide you with all that is new.