Hussein Yasser puts his shirt in an auction in support of... 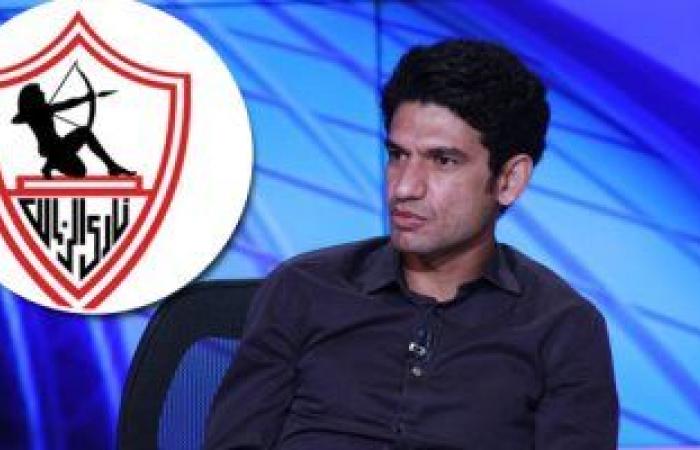 Hussein Yasser Al-Mohammadi, the former Zamalek star, announced that his shirt with the white team was auctioned, stressing that the highest number he would get would be presented to Zamalek to support the club in its current crisis.

Hussein Yasser said in a video on his Facebook account, “Many say that I did not offer anything to Zamalek, but I previously waived a large amount of my overdue dues in favor of the club, and now I return again and present my shirt, which is the most valuable thing I own from the Zamalek club. The fans and the highest number I will present to the club, and I challenge the former Zamalek stars to do the same to help the club.

Hussein Labib had called on the fans, in televised statements, to donate to the club, saying: Please help us to help the club this month. If a million people paid 100 pounds, we will solve the club’s problems for the coming months.

Hussein Labib said that the committee received the club’s treasury free of funds, stressing that he did not complain, explaining that he had paid $900,000 instead of $3.2 million in fines to his club.

The head of the temporary committee for the management of the Zamalek club added: “The fans are asking us to solve issues, and to sign new deals.. Someone tell me we will get money from them, and the current committee aims to find radical solutions to the crises within the club.”

Labib explained that he feels the presence of media directed against the Zamalek club, explaining that he does not look at his personal interest, and does not intend to run for the club’s elections, pointing out that there are international cases against Zamalek Club amounting to 17 million dollars, of which 2 million and 300 thousand dollars were reached.

These were the details of the news Hussein Yasser puts his shirt in an auction in support of... for this day. We hope that we have succeeded by giving you the full details and information. To follow all our news, you can subscribe to the alerts system or to one of our different systems to provide you with all that is new.