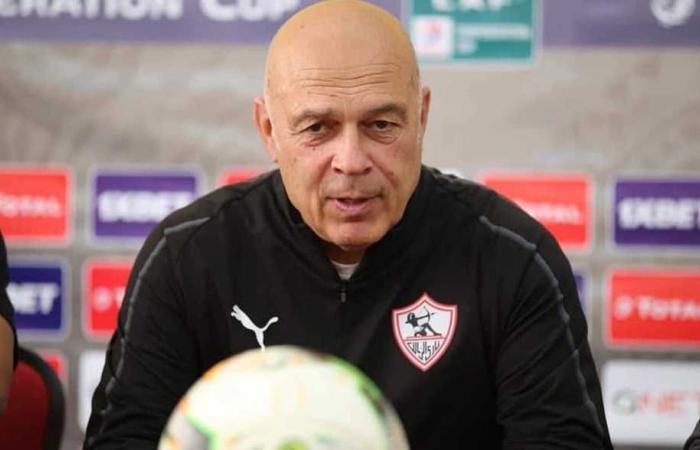 Amr Adham, a member of the committee in charge of managing Zamalek affairs, stressed that his club is working on scheduling the dues of Swiss Christian Gross, the former coach of the white team.

Adham said on Al-Hayat channel: “Gross demanded that Zamalek more than once to obtain his late financial dues, but the previous administrations did not respond to him, so he took official legal measures against the club to obtain his dues.”

He added, “The Disciplinary Committee sent a decision in which it informed us that Gross’ dues must be paid no later than October 10, but we will file an appeal to postpone the decision in order to communicate with Gross to try to schedule these dues, which are 662,000 euros.”

He concluded his statements, “There is a case of credibility between us and Gross’ lawyer, who is also his assistant lawyer, who received all his overdue financial dues to Zamalek, and we hope that this will help us in scheduling Gross’s dues.”

Gross coached Zamalek during the 2018/2019 season and led Al-Abyad to win the African Confederation Cup.

These were the details of the news FilGoal | News | Zamalek: We have a good... for this day. We hope that we have succeeded by giving you the full details and information. To follow all our news, you can subscribe to the alerts system or to one of our different systems to provide you with all that is new.