Walter Bwalya: Wearing the Al-Ahly shirt is a great honor, but... 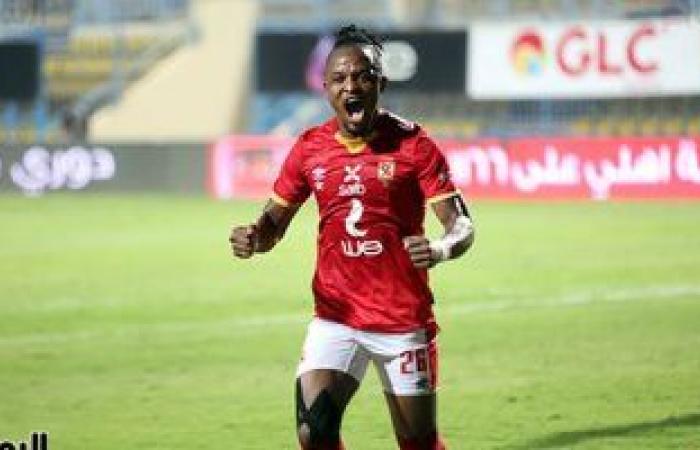 The Congolese Walter Bwalya, the former Al-Ahly striker, confirmed that he wanted to stay in Al-Ahly, saying: “I did not want to leave Al-Ahly, and I always searched for success and I was not a failed person, but what happened in my early days with Al-Ahly was not good, but At the end of the season, I expressed myself well.”

Bwalya added, in televised statements to the “Jamhour Al-Taltah” program, on On Time Sports 2, with the journalist Ibrahim Fayek.: “Wearing the Al-Ahly shirt is a very great honor, and my presence with the team will be important in my football career, and I must look to the future in order to return to Al-Ahly club again.”

The Congolese player admitted his lack of success in his trip with Al-Ahly, saying: “I think as a striker, first of all, if you find a striker who throws the ball away from the goal, and he is doing all his best, I think he is not a striker. If the attacker does not score, he is not a striker.”

He added, “I had always wanted to register with the red team, and I preferred Al-Ahly to move to Simba of Tanzania, and Amir Tawfiq is the first person who spoke to me about joining Al-Ahly.”

Bwalya concluded his speech: “I needed some time to adapt and know the atmosphere in Al-Ahly club well, the fans put me under pressure, the striker is required to score and I missed the success.”

Amir Tawfik, the club’s contracting manager, ended loaning Walter Bwalya, the team’s striker, to the Turkish club, Malatyaspor, for a year, with the intention of selling.

Al-Ahly club officials completed the procedures for loaning Walter Bwalya to Malatyaspor during the current summer transfer period, in exchange for a sum of money, other than what the Red Castle officials would receive if the contract to sell the Congolese player was activated at the end of next season.

These were the details of the news Walter Bwalya: Wearing the Al-Ahly shirt is a great honor, but... for this day. We hope that we have succeeded by giving you the full details and information. To follow all our news, you can subscribe to the alerts system or to one of our different systems to provide you with all that is new.