A fiery confrontation between Juventus and Milan in the Italian League 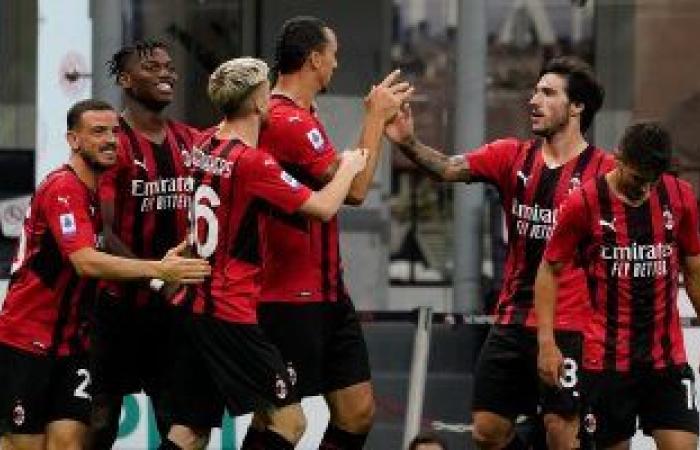 The Italian team AC Milan is a heavy guest against its counterpart Juventus, in the fiery confrontation hosted by the “Allianz Stadium”, at the summit of the fourth round of the Italian League competition for the current season 2021-2022, which is scheduled to be held at nine o’clock in the evening, Sunday.

The Rossoneri will enter the summit tonight, led by coach Stefano Pioli, as he shares the top spot in the Italian league standings before the start of this round’s matches with Roma and Napoli, where each has 9 points from 3 matches.

Milan is seeking to achieve a valuable victory away from home against Juventus today, in order to achieve the full mark and continue its victories to maintain the top of the Italian league standings.

On the other hand, Juventus, the record holder in the number of titles in the Italian Serie A, occupies the sixteenth place in the standings this season, as Juve won one point from a total of 3 matches played in the competition.

Juve, led by coach Massimiliano Allegri, failed to achieve any victory so far, after 3 rounds of the Calcio championship, after drawing in the opening meeting with Udinese with two goals each, then losing in two meetings against Empoli with a goal in return, and then falling against Napoli with two goals against a goal..

While Milan coach Stefano Pioli revealed the absence of the Swedish team’s strikers, Zlatan Ibrahimovic and French Giroud, from facing his counterpart Juventus.

Pioli added in the match press conference: “Ibra will not be present against Juve because his fitness is not complete after the injury, while Giroud will not be called up as well because he suffered from lower back pain after the Liverpool match in the Champions League.”.

And he concluded: “I expect Milan to be better against Juve and more cautious than the Liverpool match.”

These were the details of the news A fiery confrontation between Juventus and Milan in the Italian League for this day. We hope that we have succeeded by giving you the full details and information. To follow all our news, you can subscribe to the alerts system or to one of our different systems to provide you with all that is new.