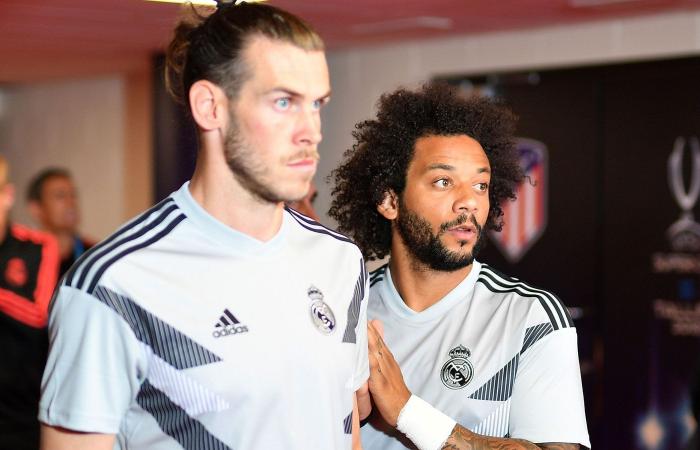 Spanish media reports said that the Real Madrid administration has made final decisions regarding some players whose contracts expire in the summer of 2022, especially the Welsh trio Gareth Bale, the first captain of the Brazilian left-back Marcelo, and midfielder Isco.

According to the “ABC” website, the Real Madrid administration does not think about renewing the contracts of the trio and prefers their departure next summer for free, and it was hoping to sell them during the last summer transfer period, but their high salaries did not encourage clubs to make offers to contract with them.

According to the “Defensa Central” website, the desire of the Real Madrid administration is to clean the team of excess elements and vacate places on the list for new contracts.

And by getting rid of Gareth Bale, Isco and Marcelo, Real Madrid benefits from 3 vacant places, and gets rid of the amount of 60 million euros, the value of the salaries of the three players annually.

The “Al-Mirenghi” administration plans to make a major change in the team’s list during the summer of 2022 and make an important transformation by giving up players and ending the career of some of the team’s stars, who were essential elements in the past, and reducing the list to 25 players to make room for new contracts.

With the end of the work at the “Santiago Bernabeu” stadium and its appearance in a new suit starting from next season, the Real Madrid administration plans to sign senior stars, most notably the French Kylian Mbappe, the star of Paris Saint-Germain, and the Norwegian striker Erling Halland, as well as the list of players that the administration puts as the goal of the defender. The German Antonio Rodriguez, the Chelsea player, and the French Paul Pogba, the Manchester United player.

Among the players whose contracts expire in the summer of 2022 and the team has not yet decided on his future is Croatian star Luka Modric, who renewed his contract for one season and hopes to get a new opportunity in Real Madrid, despite being 36 years old and dreaming of retiring at the “Santiago Bernabeu”.

And press reports revealed that Gareth Bale will be absent for two months from the team due to injury.

Bale suffered a thigh muscle injury after participating with Wales in the 2022 World Cup qualifiers at the beginning of this month.

The 32-year-old was out on loan to Tottenham last season due to his departure from the accounts of Zinedine Zidane, Real Madrid coach at that time.

Bale participated since the beginning of the season with Real Madrid in three matches, during which he scored one goal, which was against Levante.

These were the details of the news Real Madrid decides the fate of Gareth Bale, Isco and Marcelo for this day. We hope that we have succeeded by giving you the full details and information. To follow all our news, you can subscribe to the alerts system or to one of our different systems to provide you with all that is new.