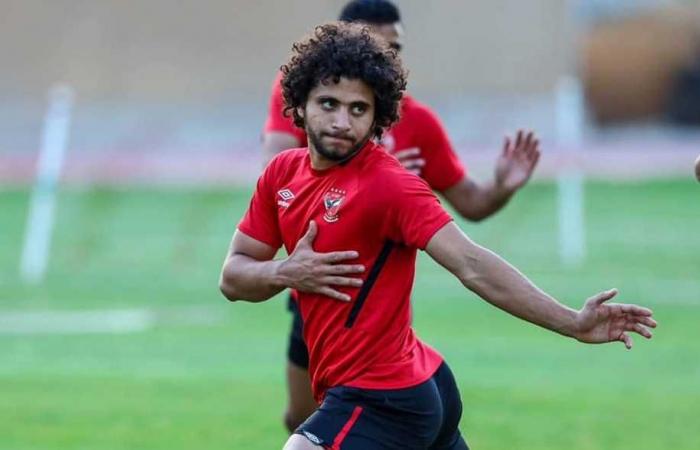 Nader Shawky said on Al-Hayat channel: “There are 16 clubs among the Egyptian League clubs that want to include Mohamed Mahmoud.”

“The player received very huge financial offers, but he is determined to restore his level first with Al-Ahly,” he added.

He continued, “Mohamed Mahmoud must continue in Al-Ahly during the current period to get used to the atmosphere of matches and training, after he was absent for a very long time due to injury.”

He concluded his statements, “Mohamed Mahmoud will remain in Al-Ahly until further notice.”

Mahmoud, 23, joined Al-Ahly from Wadi Degla in January 2019, but he suffered two consecutive cruciate ligament injuries, which kept him out of action for a long time.

These were the details of the news FilGoal | News | Nader Shawky: 16 Egyptian League... for this day. We hope that we have succeeded by giving you the full details and information. To follow all our news, you can subscribe to the alerts system or to one of our different systems to provide you with all that is new.