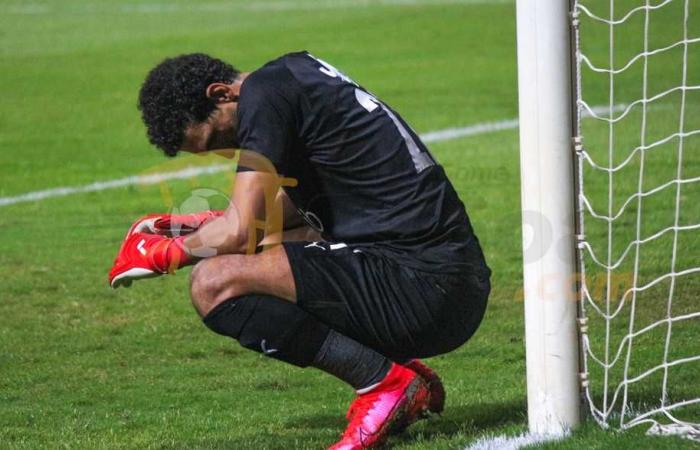 Zamalek goalkeeper Mohamed Awad revealed the scenes of the past two seasons and his fierce competition with Mohamed Abu Jabal and Mahmoud Jensh.

Awad moved to Zamalek in the summer of 2019, but he stayed away from participating for long periods, and during his visit to Ontime Sports 1, he talked about many things about his period in the White Castle, the reasons for his departure from Ismaili and the scenes of his exclusion from the 2018 World Cup list.

And all of the following, according to Awad:

“The numbers that are said about my salary are not correct, my salary is a first category like my teammates. I initially signed with Zamalek on a contract with a higher salary, but when the agreement was activated, the management told me that this number was greater than what the rest of the players receive, so I agreed to reduce its value and I did not have No problem because my dream was to play for Zamalek.”

“Until a week before I joined Zamalek, Al-Ahly did not contact me, but I received a quick call from someone in Al-Ahly, and my desire was clear at the time that I chose Zamalek.”

“I went to Zamalek as goalkeeper No. 1, this is what they talked to me about when I joined, so my contract was a first category. There are details that I was told I do not like to discuss out of respect for my colleagues, but I was told that we will contract with other guards to pressure the Ismaili in negotiating my annexation. All respect. To my teammates who have succeeded in establishing themselves at the club.”

“It is not my fault, or the fault of Abu Jabal or Jinsh, the three of us want to participate, and I have the honor to associate with them.”

“The three of us were in a hurry and wanted to play and wait for the opportunity (to ride), and the technical staff was stressed.”

“Every season I bring Zamalek 3 offers, and the decision is in the hands of the club. I talked for a while with Hussein Labib about the possibility of marketing me in Saudi Arabia if the club wanted, but he told me that the coach is convinced of my abilities, and my desire in the end is Zamalek.”

“When I became goalkeeper No. 3, it was a shock to me, I did not understand that, especially after coming from the strong Saudi league, but I continued to train hard, and that is why when I participated after that, I appeared distinctively.”

“I don’t prefer the rotation system between goalkeepers, but I prefer fairness, even if I participate and I’m not successful, my colleague gets his chance.”

“Last season, I was wronged because the participation was between the first and second goalkeeper and I (was watching). My chance came to me from our Lord when (the world was silver) and I participated in strong consecutive matches, even though I was away from training for a week.”

“I have no problem with taking a penalty kick, I will not be afraid, what will I be afraid of? I shot before with the military team and scored, but with the group of players on the field I don’t think anyone will allow me to shoot.”

“I train with Mahmoud Alaa and other players on penalty kicks for an hour and a quarter, and after I saved two penalties in front of Al-Masry, the coach told me that this was the result of my training in the last period.”

“The temperature in the friendly Greece match was below zero, the World Cup list was clear without anyone telling me, everyone knew that El-Hadary and Mohamed El-Shennawy would join, and Sherif Ekramy was present, people were (trying to interfere), he is a great goalkeeper, no one doubts.” In that, but he was not participating, and I was the best goalkeeper in Egypt, I see no reason to exclude me from the World Cup list.”

“Some media people have called me since the first round of the league in the season before the World Cup and told me that I will not join the list and Sherif Ekrami will enter in my place. Then Ahmed Nagy called me and said to me, do not believe what is being said and there is a competition between you and your colleagues. If I were in Zamalek, I would have joined easily, it is easier While playing for Al-Ahly or Zamalek.

Awad joked: “Al-Hadary is the only one in Egypt who said I would not sit for him as an alternative. Al-Hadary (no one plays on him), I decided to leave Al-Ismaili when he came. I told him (I will not sit with you), so he greeted me and brought me.”

“After I signed my loan contract to the Saudi unit and the agreement was completed, I was called to the Ismaili headquarters, I thought it was about settling my dues, so I was surprised by the meeting of the entire council and the technical staff, and I was insulted with words and I was told: “(You will lose Koura) when you return from the loan.”

“At this moment, the decision was taken that I would not return to Ismaily, and after the end of my loan, I trained for two weeks at Ismaily, and it was clear that I was being (dismissed).”

“With all due respect to all the players present, but Al-Ismaili is a big team and needs great players to compete for championships, and when the results go wrong, the big players are the ones who bear the responsibility.”

The amount of his transfer is large

“The player has no fault in that his transfer deal was made for a large amount, the same applies to Hussein Al-Shahat or Salah Mohsen in Al-Ahly, people put great pressure on the player and he is not guilty.”

“In the final of the African Champions League we played a great match, but the lack of success lost the gain, especially in Zizou’s shot that bounced from the list. If it was scored at this time, we would have won the title.”

Advice to a colleague

“Mustafa Mohamed’s behavior is completely unacceptable. He is a very good person and a striker you would love to see in the Egypt national team. I hope he rethinks and focuses on football and sees him in a distinguished position.”

These were the details of the news FilGoal | News | Awad: I was shocked to... for this day. We hope that we have succeeded by giving you the full details and information. To follow all our news, you can subscribe to the alerts system or to one of our different systems to provide you with all that is new.