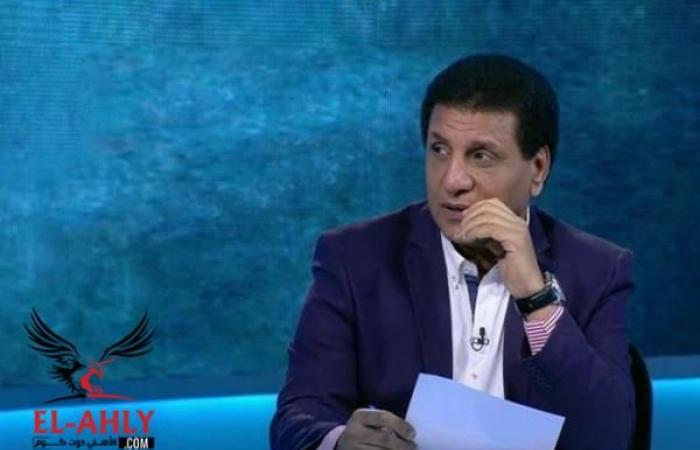 Farouk Jaafar, the technical advisor at Zamalek Club and one of the symbol of the white team, spoke about the crises the club is going through, whether administrative or financial.

Jaafar said in televised statements to the “Hazrat Al-Muwatin” program broadcast on Al-Hadath Al-Youm channel: “I do not know anything about the idea of ​​donating to the Zamalek Club during the present time, and indeed we are going through financial conditions.”“.

He added: “Winning trophies always brings damage to the club because it requires financial rewards for players in all games.“.

And he continued, “We are always working to bring the deals that Zamalek club needs, and we are not looking for – the Shaw –, and there is complete coordination with coach Patrice Carteron.“.

He continued: “I follow up with the coach the players he needs and we are proceeding according to a system, and the name of Abdullah Al-Saeed was not put forward to contract with him, and we never talked about him.“.

And he continued: “There are no negotiations between Pyramids and Zamalek officials for the departure of Mohamed Abdel Ghani and obtaining the services of Ahmed Ayman Mansour, and we cannot contract with players because we are going through great financial distress, and the contracting table did not witness the proposal to contract with Mansour.“.

He continued: “We have the best players in the Egyptian League in various games, and there are approximately 100 players who need rewards, and they have the right to obtain them, and we were able to sell some players in order to save money.“.

And he added: “We will hold a session tomorrow with Patrice Carteron in order to determine a replacement for Osama Nabih in Zamalek, and no coach has been proposed so far, and before entering a closed camp, the assistant coach will be determined, and I do not know the reason for his departure.”“.

He concluded: “The management of the Zamalek club dealt with the crisis of Hamdi Al-Naqaz has special matters that everyone knows, and it was necessary to deal with the matter well so as not to lose much.”

These were the details of the news Farouk Jaafar: Winning championships harms Zamalek for this day. We hope that we have succeeded by giving you the full details and information. To follow all our news, you can subscribe to the alerts system or to one of our different systems to provide you with all that is new.