FilGoal | News | Marei on his candidacy to... 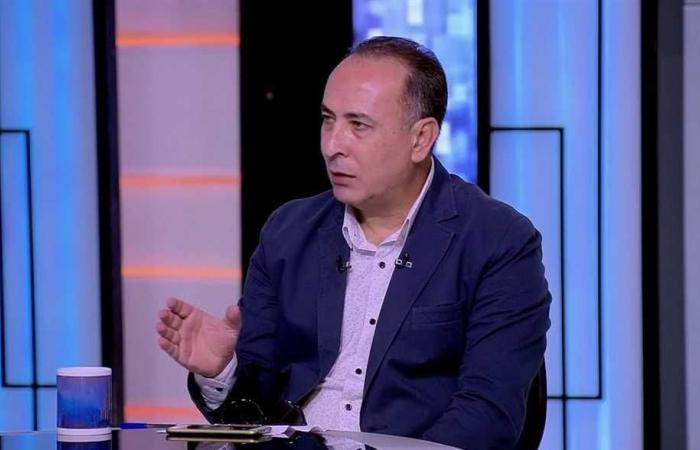 Essam Merhi, the former Zamalek star, expressed his willingness to accept the position of general coach in the technical staff of Zamalek after the resignation of Osama Nabih, while he denied the existence of any official negotiations so far.

Marei said in his statements on the “On Time Sport 2” channel: “The council has done a great job so far, and after the deserved league championship, the fans of Zamalek were in a state of great happiness, but some statements began to cause confusion, which affects the opinions of the public.”

He added, “These matters come from within us, and they need some discipline, control and defining the competencies. Zamalek has very large statures, and Hussein Labib, the president of Zamalek, is a great athlete. I praise him and his council in the recent period.”

He explained, “But the facts must emerge and be clarified to the masses. I am not talking about all the internal secrets being revealed to the public, but rather an explanation of the problems that could affect the march of Zamalek.”

And Marei demonstrated this by examples, saying: “There are old files of African players that the temporary council still has to deal with, the latest of which is 350 thousand dollars for Chempong. There is also the problem of Hamdi Al-Naqaz because he won the case against Zamalek, and this is a file that the council managed intelligently, but paying this money to Al-Naqaz caused with other problems.”

He continued, “There are thorny files and we must have an official spokesperson who has sufficient balance to convey the correct and complete picture, because the club’s problem is that we do not know where the truth is.”

Regarding the crowning of Zamalek in the Egyptian League, Marei continued: “I see it as one of the best leagues that Zamalek has achieved, because it has not happened for a long time that Zamalek topped the league from its beginning to its end, despite the succession of boards of directors.”

Finally, about his candidacy to succeed Osama Nabih in the position of general coach, Marei said: “No one contacted me in an official capacity. He has a great favor on us, and the most important thing is that he is fine.”

He explained, “I see myself with 23 years of coaching experience as being able to be in the position of coach or world coach with a great technical director. It is important that you support this coach and not make him feel that you are trying to take his position. When you work as a coach, you are the first and last decision-maker. When you are the general coach, you are the number 2 and you have certain powers to help the coach and contain the team.”

He concluded, “Rejection is very difficult, Zamalek is good for all of us, and when we are outside the club, there is some criticism in order to become better, but when Zamalek offers you presence and help, it is difficult to say no. This is an honor for any star who played in Zamalek and achieved championships, and being here is In response to part of the favor and to please the fans of Zamalek.”

It is noteworthy that Zamalek is looking for a replacement for Nabih at the present time, and Marei’s name is among the list of candidates on the board of directors table.

These were the details of the news FilGoal | News | Marei on his candidacy to... for this day. We hope that we have succeeded by giving you the full details and information. To follow all our news, you can subscribe to the alerts system or to one of our different systems to provide you with all that is new.