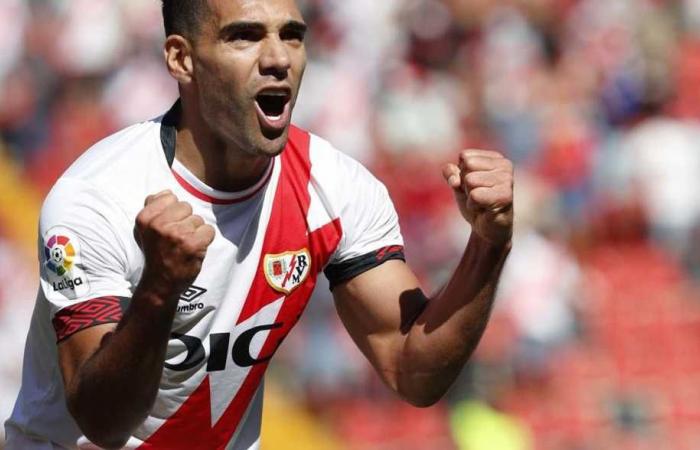 Rayo Vallecano beat Getafe with three goals without return in the match that was held at the stadium of the first in the fifth round of the Spanish League.

The match witnessed the participation of Colombian striker Radamel Falcao for the first time after joining Rayo Vallecano and officially presenting it a day before the match.

Oscar Trejo scored the first goal in the ninth minute from a penalty kick, which he successfully executed inside the goal.

In the 78th minute, Pathe Cisse doubled the score for the hosts, taking advantage of a header pass from Alejando Catena to put the ball into the goal.

And the 71st minute witnessed the participation of Falcao as a substitute for the first time in the shirt of Raivo Vallecano.

Only 10 minutes later, the Colombian managed to score his first and third goal for his team after a superb pass from Cis Falcao, who hit the ball hard from the right side into the goal.

Rayo Vallecanos goalkeeper Dimitrievsky was brilliant by saving a penalty kick from Enis Onal in the 86th minute.

With this result, Rayo Vallecanos score rose to the seventh point in seventh place, while Getafe remained without points in the last place.

These were the details of the news FilGoal | News | In his first match, Falcao... for this day. We hope that we have succeeded by giving you the full details and information. To follow all our news, you can subscribe to the alerts system or to one of our different systems to provide you with all that is new.