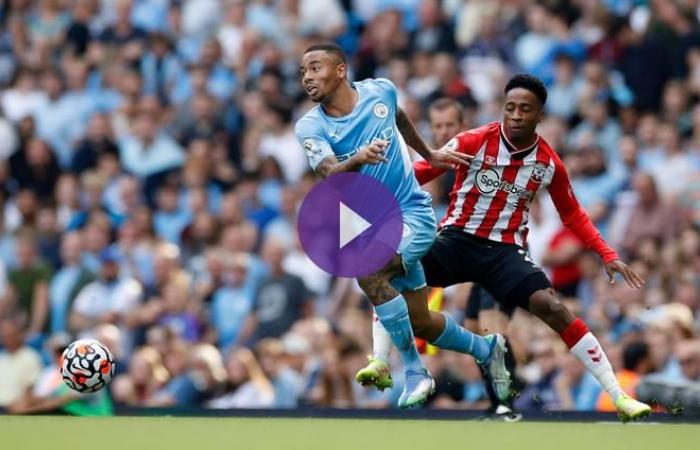 Manchester City fell to a goalless draw at the Etihad Stadium against lowly Southampton.

It is the second time this season that City misses points after losing its opening match against Tottenham 0-1.

And things could have been worse for City because referee John Moss awarded a penalty after Kyle Walker had fouled Southampton striker Adam Armstrong in the area and presented the offender with a red card, but after reviewing the assistant referee’s technique, the referee reversed his decision.

And City found it difficult to penetrate the organized Southampton defense despite its repeated attempts, especially in the last half hour, after the participation of Belgian playmaker Kevin De Bruyne, English international winger Phil Foden and the other Algerian winger, Riyad Mahrez.

Figures from the match

Manchester City’s first goalless draw at home in the Premier League since May 6, 2018, against Huddersfield Town.

– Manchester City takes only one shot between the three stages in a Premier League match for the first time since March 8, 2017, against Stoke City.

These were the details of the news Manchester City draw against Southampton for this day. We hope that we have succeeded by giving you the full details and information. To follow all our news, you can subscribe to the alerts system or to one of our different systems to provide you with all that is new.