Ramos’ mysterious position .. Even Pochettino does not know when he... 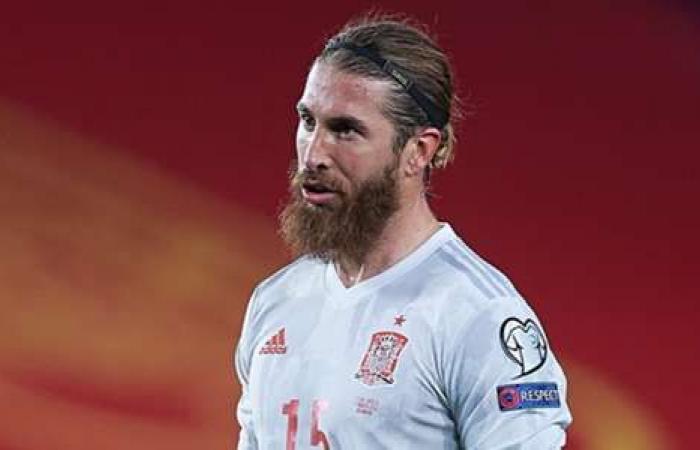 Paris Saint-Germain coach Mauricio Pochettino admitted Sergio Ramos’ ambiguity with the French club, as he confirmed that he does not know when he will return from injury yet.

Ramos joined PSG this summer after his contract with Real Madrid expired, but he has so far failed to engage in group training due to a muscle injury.

Paris Saint-Germain is preparing for a summit in the French league when it hosts Lyon on Sunday, and Pochettino has answered questions scattered about Ramos as well as Lionel Messi and Kylian Mbappe.

What did Pochettino say about the return of Sergio Ramos?

At the Lyon summit press conference, the Argentine coach said about Ramos, “I don’t have any details about when he will be with us again, we hope he will be available soon.”

“Individually, he is in good shape and continues to recover and prepare, he is very calm,” Bosch added.

“We hope that he can play quickly and it is important that he returns and reaches a level as good as his teammates,” he concluded.

What did Pochettino say about Lionel Messi and Kylian Mbappe?

As for Messi, Pochettino said, “He is happy that he is able to make his debut now at the Parc des Princes tomorrow. He is calm and composed.”

And on Kylian Mbappe, “He trained with the group with some precautions, and we are pleased with the progression of his recovery from injury.”

“We will see his situation tomorrow and decide whether he will be with the group or not,” he concluded.

How is the Paris Saint-Germain season going so far?

On the domestic front, Paris Saint-Germain managed to win the first five matches in the French Ligue 1 and take the lead in the competition without much competition.

As for Europe, Pochettino’s battalion was subjected to much criticism after failing to beat Club Brugge in the first match of the group stage and only a disappointing positive draw.

It is worth noting that the draw with the Belgian club came in the presence of the trio of Neymar, Mbappe and Messi on the field from start to finish.

These were the details of the news Ramos’ mysterious position .. Even Pochettino does not know when he... for this day. We hope that we have succeeded by giving you the full details and information. To follow all our news, you can subscribe to the alerts system or to one of our different systems to provide you with all that is new.