Learn about Al-Ahly’s final position on the departure of Nasser Maher... 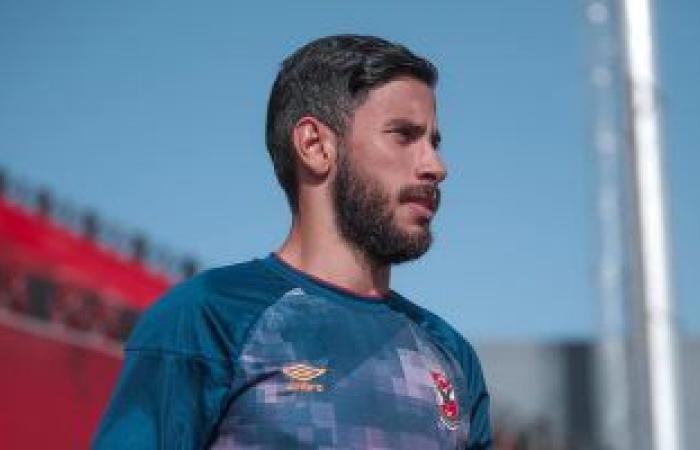 Nasser Maher, Al-Ahly midfielder, rejected several local offers in the last period; Because of the player’s desire to move to the Pyramids Club only, a source revealed to “The Seventh Day” that Nasser Maher received several local offers from several clubs, most notably Al-Ahly Bank, Smouha and others, but the player insists on playing for the Pyramids Club.

Al-Ahly rejects the departure of Nasser to Pyramids; Because of the dispute over the financial compensation to complete the deal, Al-Ahly requested 15 million pounds, while Pyramids offered 7 million pounds to include the player.

Nasser Maher left the accounts of Al-Ahly’s technical staff completely, and his departure from the Red Castle became only a matter of time in light of the team’s lack of reliance on him.

On the other hand, Al-Ahly coach Pitso Mosimane praised the level of Mozambican Luis Miccione, the team’s player, after the good level that the player showed in training, as well as the friendly Arab Contractors.

Musimani confirmed that the Mozambican, Mikisoni, who joined Al-Ahly this summer from Simba of Tanzania, is doing well and enthusiastically and does not feel intimidated, as he is coming to a league he has never played in, explaining that there is a big difference between the Egyptian and Mozambican league.

Al-Ahly’s coach confirmed that Michisoni quickly got along with Al-Ahly, and he needs to reconcile during his first official participation in order to succeed in his Al-Ahly experience after he was one of the stars of Simba Club.

Michisoni participated in the Arab Contractors friendly, which Al-Ahly won with a clean goal, in preparation for the local super against the Arab Army Vanguards in Borg Al Arab next Tuesday.

These were the details of the news Learn about Al-Ahly’s final position on the departure of Nasser Maher... for this day. We hope that we have succeeded by giving you the full details and information. To follow all our news, you can subscribe to the alerts system or to one of our different systems to provide you with all that is new.