Carteron requests the settlement of the formation of his auxiliary apparatus... 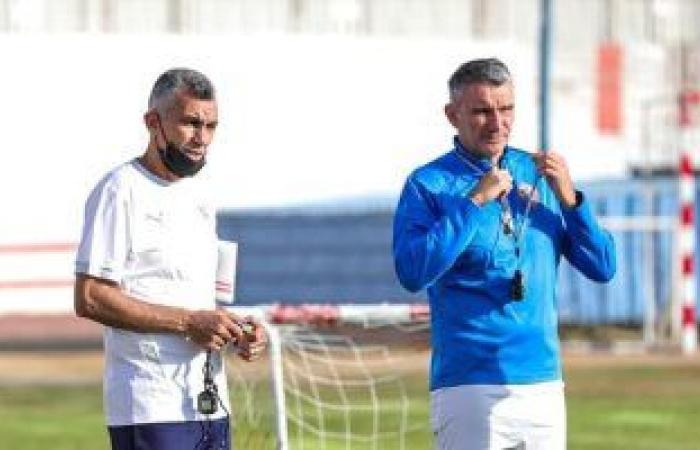 The French Patrice Carteron, the technical director of the first football team in Zamalek Club, asked the club’s management committee, headed by Hussein Labib and Farouk Jaafar, the technical advisor, to resolve the formation of his assistant apparatus in the session that will be held today, Saturday.

Carteron wants to resolve the elements that will join his assistant apparatus after the resignation of Osama Nabih, the general coach, and Ahmed Abdel Maksoud, the coach, before the start of the closed preparation camp that will be held in Burj Al Arab in Alexandria on Sunday, in preparation for the new football season and the Egypt Cup competitions.

Carteron asked the administrative body to work on coordinating some friendly confrontations during the preparation camp in order to rehabilitate the players in terms of physical and technical terms before the start of the official confrontations.

Farouk Jaafar, the technical advisor to Zamalek Club, revealed the scenes of the session held by the club’s management committee headed by Hussein Labib with the players of the first football team and the technical staff, the day before yesterday, Thursday, due to the delay in the payment of the players dues.

Jaafar said, during his statements to the “Zamalkawi” program on the Zamalek screen, that most of the committee members were present at the White Castle headquarters when the session was held with the players, and every player asked to talk and dates were set for the payment of dues.

Farouk Jaafar added that the session witnessed mutual respect from both sides, and each player revealed his requests and received promises of dates to implement those requests, saying: “The first was the team captain who spoke only, but at the moment every player spoke and said what was inside.”

The club’s technical advisor continued, that the Hussein Labib committee is implementing all the promises it promises, and the Zamalek club has become running according to a specific system and system, and I was surprised by the fierce attack campaign.

Farouk Jaafar added, in his speech, that he was surprised by the rumors surrounding the club since it won the league championship, including the escape of Patrice Carteron, and that I belong to the Al-Ahly club, or my dispute with Hussein Al-Sayed, and all these rumors have no basis in truth.

Jaafar said: “Throughout our history in competitions, we were in the competition, and when we won, we were attacked, criticized and unusual rumors, and this is systematic and unnatural.”

These were the details of the news Carteron requests the settlement of the formation of his auxiliary apparatus... for this day. We hope that we have succeeded by giving you the full details and information. To follow all our news, you can subscribe to the alerts system or to one of our different systems to provide you with all that is new.