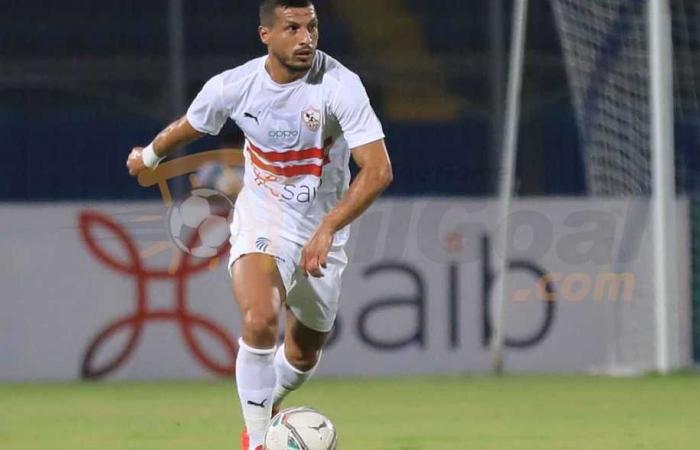 Zamalek’s collective training kicked off today, Saturday, with a quick session between the team’s coach, Patrice Carteron, and the players, to explain what is required of them during the coming period.

Carteron focused on the physical aspect during the training, as the training began with the players running around the field, and then the players practiced with the ball by playing with one touch, with the team divided into three groups.

Manager Carteron held a quick session with Tariq Hamed, the team’s player, before the start of the training session, during which he spoke with the midfielder about the importance of his role with the team, and gave him some technical instructions.

Mahmoud Shabana, the team’s defender, took a break from training, with the permission of the technical staff, after feeling some fatigue, as the team’s technical and medical staff preferred to give him rest.

Shabana is scheduled to train in Zamalek on Sunday, naturally, after his condition improved.

The winning team in the first division plays another match with the winner of the second division during the training session.

The division that the team fought during the training witnessed the brilliance of the quartet Mohamed Abdel Shafi, Hazem Imam, Mustafa Fathi and Omar Al-Saeed.

Fathi and Hazem Imam appeared in an outstanding performance during the division, and made more than one goal, while Omar Al-Saeed and Abdel Shafi scored goals that won the praise of the French coach Patrice Carteron, who supervised the division.

Zamalek is currently preparing to face Aswan in the Egyptian Cup semi-finals, as well as the start of the new season.

These were the details of the news FilGoal | News | Zamalek training for this day. We hope that we have succeeded by giving you the full details and information. To follow all our news, you can subscribe to the alerts system or to one of our different systems to provide you with all that is new.