FilGoal | News | Felix comes out the back... 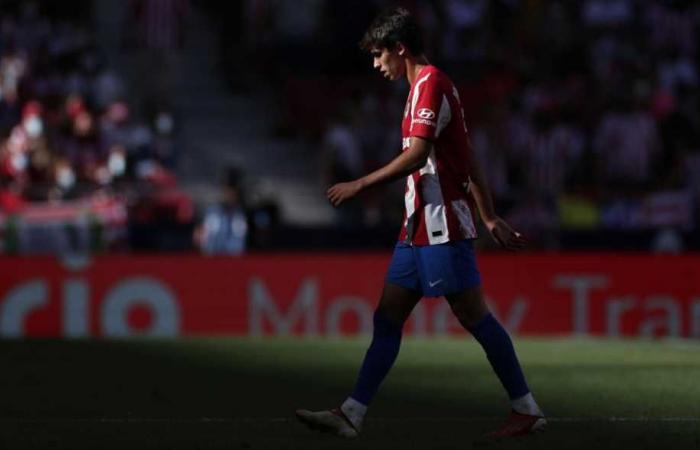 Athletic Bilbao forced its host Atletico Madrid to a 0-0 draw at the Wanda Metropolitano, in the fifth round of the Spanish League.

Despite temporarily rising to the top with 11 points, Atletico Madrid will be threatened by two points from the top if the Valencia-Real Madrid match ends with the victory of one of the parties this round.

On the other hand, Athletic Bilbao raised its score to 9 points in fourth place without any defeat so far in the Spanish League.

Although Athletic Bilbao avoided defeat for the first time at the Metropolitano, they failed to win at Atletico home for the 22nd consecutive match.

The match witnessed the participation of Athletic Bilbao striker Inaki Williams for the 200th consecutive round of the Spanish League.

The last game that Williams did not appear in the Spanish League was against Malaga in April 2016.

And Williams is only two games away from the equivalent of the record number of consecutive matches in the Spanish League recorded in the name of Juan Antonio Laranaga between 1986 and 1993.

His colleague, Raul Garcia, also became the fifth player to play the most matches in the history of the Spanish League, with 523 games.

The match witnessed a great refereeing controversy at the end of it, with Joao Felix receiving a red card.

Diego Pablo Simeone pushed Antoine Griezmann and Angel Martin Correa up front from the start, while keeping Luis Suarez and Felix on the bench.

Griezmann was unable to shoot any ball on the goal, so the first half ended without goals.

In the second half, Simeone made 3 changes at once, inserting Suarez, Yannick Carrasco, Hector Herrera instead of Griezmann, Geoffrey Kondogbia and Renan Lodi in the 55th minute.

On the other hand, Marcelino Garcia took out Raul Garcia, under the applause of the fans of his former club, Atletico Madrid, and replaced him with Nico Williams, the younger brother of Ignaki, who in turn came out and was replaced by Asier Villalibri.

In the 78th minute, Felix hit his opponent Unai Vinsidor with the elbow during a combined ball, and referee Jesus Gil Manzano punished him with a yellow card.

But Felix lost his mind and started signaling to the referee that he was crazy, Manzano showed a red card in his face, and chaos erupted on the pitch.

The referee famous another quick yellow card for Stefan Savic.

Atletico has received a red card twice this season, having not known any red card throughout last season.

The situation flared up with a strong intervention from Nico Williams on Jan Oblak in the 82nd minute, but the referee was satisfied with showing the young Basque striker the yellow card.

Athletic Bilbao almost snatched the match points in overtime when substitute Vialebri scored the goal, but he shot over the crossbar with great recklessness.

These were the details of the news FilGoal | News | Felix comes out the back... for this day. We hope that we have succeeded by giving you the full details and information. To follow all our news, you can subscribe to the alerts system or to one of our different systems to provide you with all that is new.