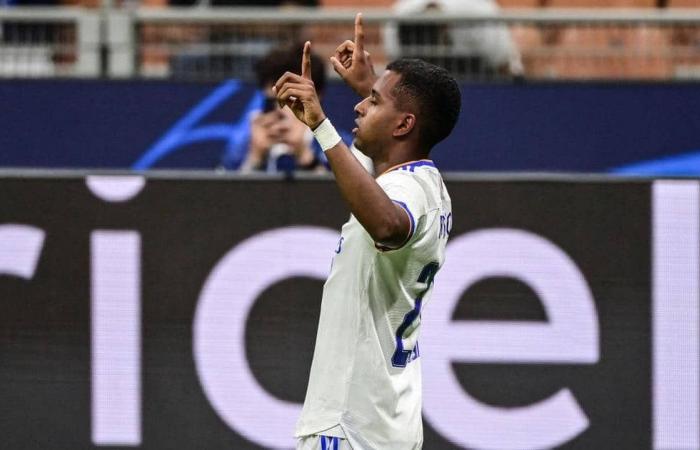 وعاقب real Madrid His host missed easy chances early in the match, which was enough to achieve a comfortable victory.

The Brazilian striker received a pass from the other substitute Eduardo Camavinga, to put the ball into the net at the last gasp, giving coach Carlo Ancelotti’s team victory over its most prominent opponent in Group D.

The end was painful for Inter, who dominated for long periods, but lost the way to the goalkeeper’s net Thibaut Courtois Who saved many shots.

Real Madrid occupies second place behind Sherif Tirapsol of Moldova, who stunned Shakhtar Donetsk 2-0 in his first participation in the competition, and he will visit the Spanish capital in the next round, while Inter and Shakhtar will seek to open the points balance in Ukraine.

These were the details of the news With Rodrygos goal, Real Madrid snatched a fatal victory from Inter... for this day. We hope that we have succeeded by giving you the full details and information. To follow all our news, you can subscribe to the alerts system or to one of our different systems to provide you with all that is new.