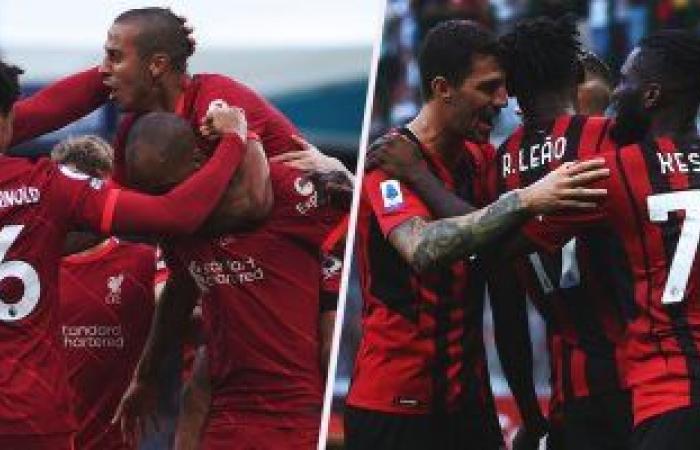 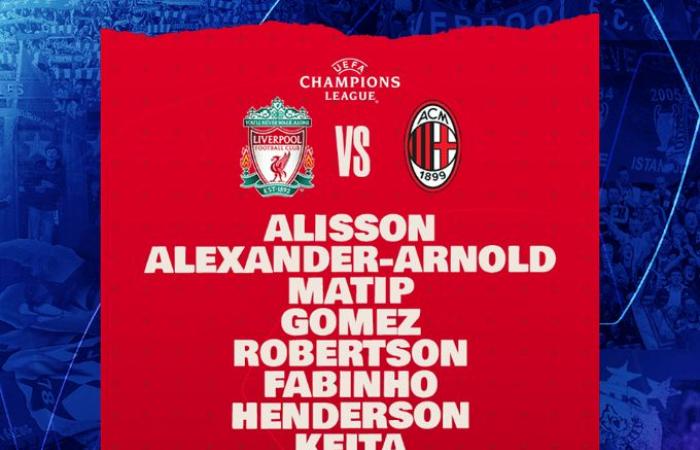 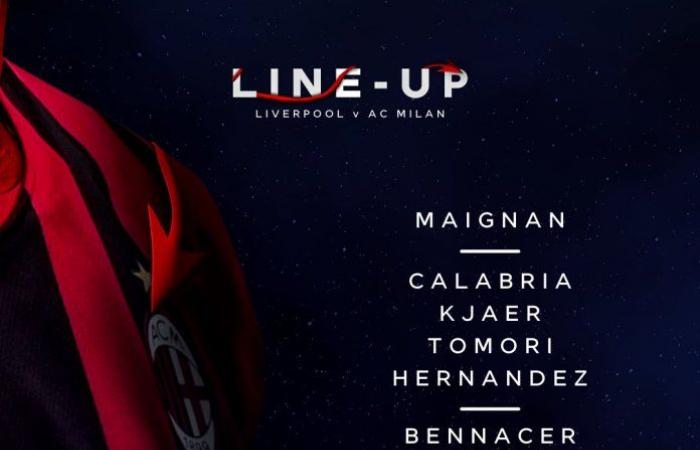 Jurgen Klopp and Stefano Pioli, the coaches of Liverpool and AC Milan, announced that, at nine in the evening, at “Anfield”, in the first round of the second group stage of the Champions League group stage for the current season 2021-2022.

The second group also includes Atletico Madrid of Spain and Porto of Portugal, where the match between the two teams will be held at the same time.

The Egyptian star, Mohamed Salah, is at the head of the Liverpool squad in today’s meeting, while the Brazilian Roberto Firmino is absent due to injury, and Sadio Mane and Van Dyck are on the bench in a big surprise, while the Swedish Zlatan Ibrahimovic is the most prominent absence of Milan.

The Liverpool team begins its campaign in the European Champions League, after a great brilliance in the English Premier League, where it tied in one match and achieved 3 victories, the last of which was the victory over Leeds United with three, on a historic night for the Egyptian star Mohamed Salah, who reached 100 goals with the Reds as the fifth fastest. A player who reaches this number in the Premier League.

Liverpool share the top spot in the English Premier League standings, with Manchester United and Chelsea, with 10 points.

In the Liverpool match against Milan, the Egyptian star, Mohamed Salah, is looking for his 26th goal in the European Champions League over the history of his participation with the Reds, in the continental competition.

On the other hand, AC Milan, led by Stefano Pioli, is going through a stable period in the Italian league this season, as He made a more than impressive start and achieved 3 consecutive victories in the tournament, to share the top spot in the competition table, with 9 points, with both Roma and Napoli.

These were the details of the news The formation of the Liverpool match against Milan .. Mohamed Salah... for this day. We hope that we have succeeded by giving you the full details and information. To follow all our news, you can subscribe to the alerts system or to one of our different systems to provide you with all that is new.