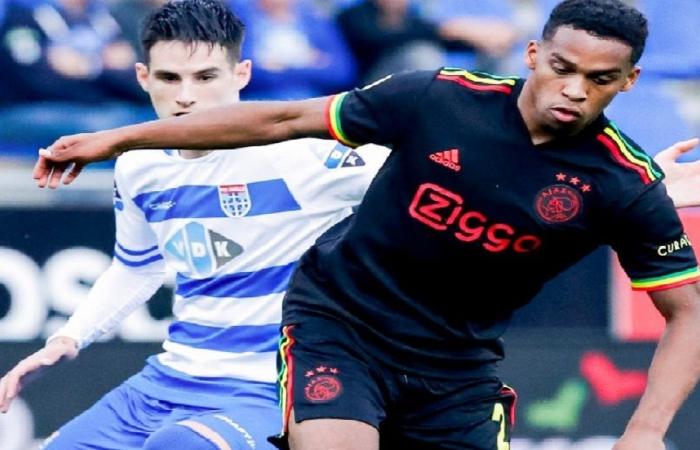 The European Football Association (UEFA) announced that Dutch club Ajax must change its shirts bearing drawings inspired by a song by the famous singer Bob Marley, in the Champions League matches.

The Dutch champion received widespread acclaim and a boost in sales in the run-up to the new season, for releasing a black uniform with red, yellow and green little birds on the back of the collar.

The cartoon came in honor of Ajax fans singing “Three Little Birds” by Bob Marley at matches as their anthem.

UEFA said that after submitting the design for approval a year ago, the Dutch club was informed that it would not be approved for use in matches.

The union added in a statement published yesterday, Tuesday, that “the three birds that are in honor of the Bob Marley song do not specifically represent the Ajax team as stipulated in Article 13 of the Equipment Regulations,” noting that the manufacturer “was given options on how to properly design.” .

Based on this decision, Ajax players will wear shirts without this drawing when the team begins its Champions League campaign, today, Wednesday, against Sporting Lisbon, in the third group competitions, which also includes Borussia Dortmund and Besiktas.

The uniform of Ajax is thick red and white vertical stripes.

These were the details of the news Champions League .. “UEFA” prevents Ajax from wearing “Bob Marley birds” for this day. We hope that we have succeeded by giving you the full details and information. To follow all our news, you can subscribe to the alerts system or to one of our different systems to provide you with all that is new.

PREV Kim, O’Toole among six sharing LPGA lead in Arkansas
NEXT Southgate running out of time to arrest England slide