A “red card” from the Taliban.. The Afghan national team players... 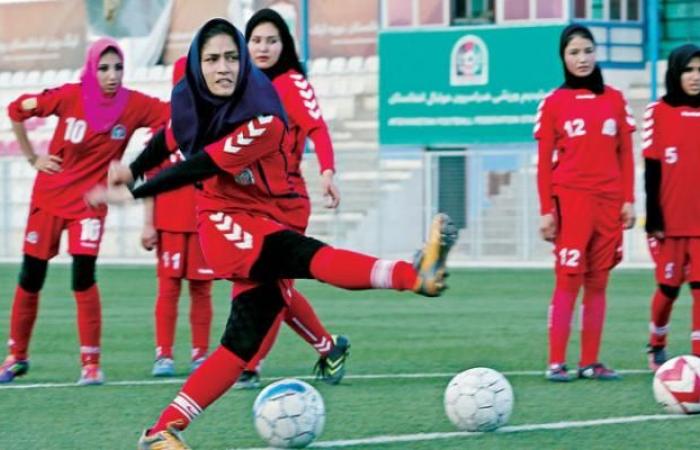 The Afghan women’s soccer team has fled to neighboring Pakistan, after confirming that it was impossible for women to continue playing on the grounds of the country under Taliban rule.

Fouad Chaudhry, Minister of Information of Pakistan, said that the Afghan women’s football team arrived in Pakistan, across the border of the two neighboring countries, and they were received by officials of the football authorities there.

Minister Chaudhry wrote in a tweet on Twitter: “Welcome the Afghan women’s football team, they arrived at Torkham crossing from Afghanistan. A representative of the Pakistan Football Association was waiting for them.”

The Pakistani minister did not give any other details, while it is not yet clear how many players have entered the country and what they intend to do next.

The team’s departure comes in the context of a broader exodus of intellectuals and public figures from Afghanistan, especially women, since the Taliban seized power a month ago.

The movement prevented girls from going to schools and prohibited women’s work and education, when it ruled the country twenty years ago, and also prevented women from practicing sports, and this is likely to continue during its current rule.

A Taliban representative earlier told Australian broadcaster SBS last week that he believed women would not be allowed to play cricket because it was “unnecessary” and contrary to Islam.

A number of former and current football players left the country after the Taliban took control, while a former team captain urged the remaining players in Afghanistan to burn their sports equipment and delete their accounts on social media to avoid prosecution.

FIFA said last month it was evacuating the remaining female players in Afghanistan.

These were the details of the news A “red card” from the Taliban.. The Afghan national team players... for this day. We hope that we have succeeded by giving you the full details and information. To follow all our news, you can subscribe to the alerts system or to one of our different systems to provide you with all that is new.