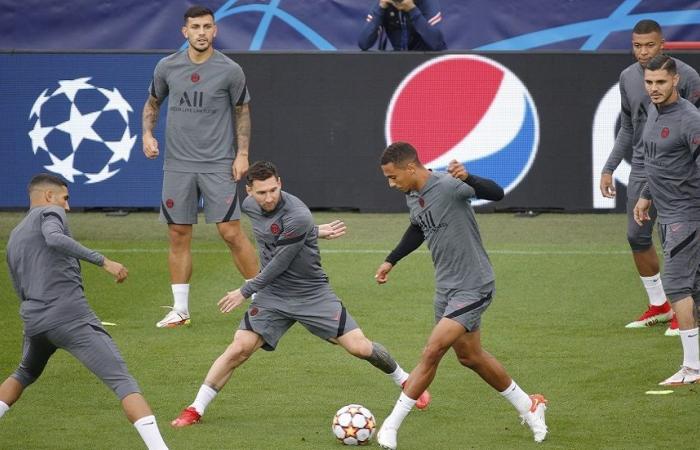 The French team Paris Saint-Germain announced its list for its first match in the new version of the European Champions League, and the list included Argentine stars Lionel Messi and Brazilian Neymar.

Messi, who joined Saint-Germain this summer, and Neymar missed the Paris team’s match at the weekend in the French Ligue 1 after returning from playing with the national teams of their countries, but they will be with their team, which is a guest of Club Brugge, today, Wednesday, in the first round of matches The first group of the Champions League.

This, and Saint-Germain officially announced that he will play his match against Brugge without his Italian midfielder Marco Verratti, due to an injury that will keep him out of action for “at least 10 days”.

Angel Di Maria will also miss the 22-man squad, after UEFA banned the Argentine winger for three matches for a foul on Fernandinho in the Champions League semi-final against Manchester City last season.

The participation of central defender Sergio Ramos, who joined this summer from Real Madrid, was again postponed, as the Spanish player did not fully recover from a thigh injury.

The list of the Paris team to face Brugge is as follows:

These were the details of the news Paris Saint-Germain squad list to face Club Brugge in the Champions... for this day. We hope that we have succeeded by giving you the full details and information. To follow all our news, you can subscribe to the alerts system or to one of our different systems to provide you with all that is new.