Salah celebrates himself and publishes a video of all his 100... 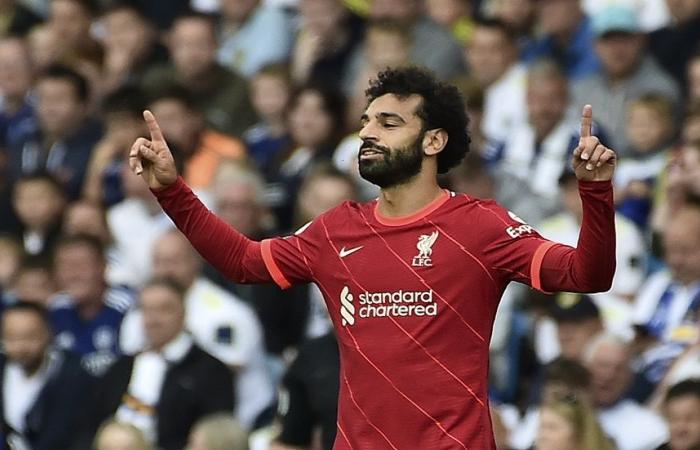 Egyptian star Mohamed Salah, a professional in the ranks of Liverpool FC, celebrated in a special way, entering the 100 club in the English Premier League.

Salah scored the first goal in Liverpool’s 3-0 victory over Leeds last Sunday in the fourth round of the English Premier League. Thanks to this goal, the Egyptian star joined the “Premier League” greats, as he became the fifth fastest player to enter the 100 club.

The video got liked by more than a million people just 12 hours after it was posted.

Salah scored his 100 goals in 162 matches in the English Premier League, 98 goals in the Liverpool shirt, which he joined in the summer of 2017 from Rome, Italy, and two goals with his former team Chelsea during the 2013-2014 season.

These were the details of the news Salah celebrates himself and publishes a video of all his 100... for this day. We hope that we have succeeded by giving you the full details and information. To follow all our news, you can subscribe to the alerts system or to one of our different systems to provide you with all that is new.