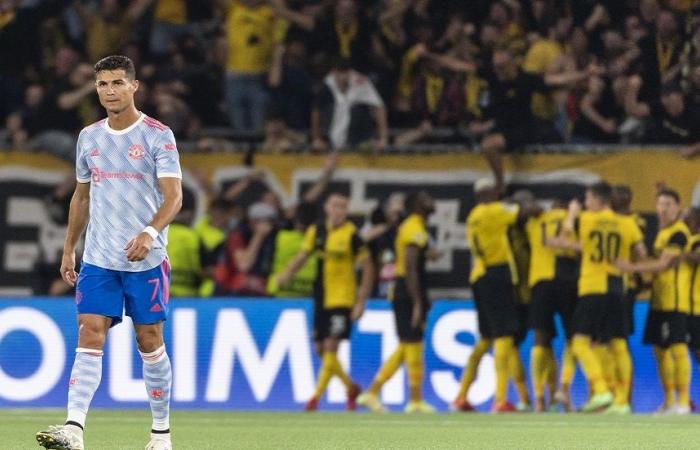 Cristiano Ronaldo expressed his dissatisfaction after his team Manchester United lost to its Swiss host Young Boys, on Tuesday, in the first round of the group stage of the European Champions League.

“It was not the result we wanted, but now is the time to recover well and focus on the next match,” Ronaldo wrote on his Twitter account.

Young Boys knocked down their guest Manchester United with a fatal goal through the American striker Jordan Sepacho, in the fifth minute of stoppage time, to win 2-1, spoiling the joy of Ronaldo, who had scored the goal for his team in the 13th minute.

United suffered in front of the hosts after playing the second half with ten men after defender Aaron Wan-Bissaka was sent off in the 35th minute.

These were the details of the news Ronaldo’s first comment after Manchester’s loss to Young Boys for this day. We hope that we have succeeded by giving you the full details and information. To follow all our news, you can subscribe to the alerts system or to one of our different systems to provide you with all that is new.