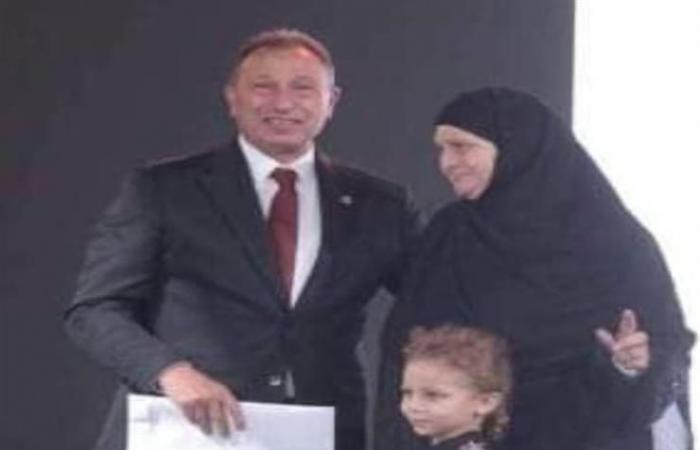 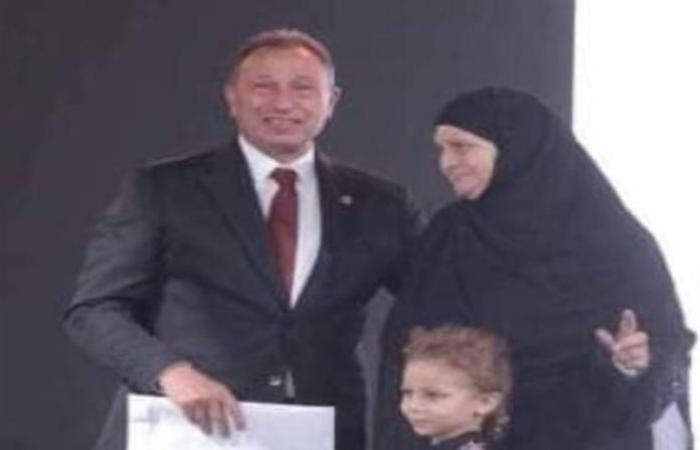 Hajja Najat Ismail, mother of Captain Mohamed Abdel Wahab, the late Al-Ahly player, said that Captain Al-Khatib’s honoring of her today during the inauguration ceremony of the tenth star made her feel that her son is still alive, and that Al-Ahly has not forgotten him.

While Hajja Najat expressed her happiness on this “wonderful” day, accompanied by her son Ahmed and his little girl within the walls of Al-Ahly Club and among its stars, she added that Saad Samir, Ayman Ashraf and their colleagues from the Al-Ahly team celebrated the family of the late Mohamed Abdel Wahab.

Captain Mohamed Abdel-Wahab passed away during the morning training at Mukhtar Al-Teach Stadium on August 31, 2006, after a sudden heart attack, at the age of 23.

Abdel Wahab was born on October 1, 1983 in the city of Sinnuras in Fayoum, and played in the city’s youth center, then joined Baraem Zamalek for 4 months before his father insisted on his departure and playing in the Aluminum Club, where he starred, which prompted Captain Hassan Shehata to join the youth team, and then played for the club Al Dhafra, then to Al-Ahly Club, which witnessed the height of its stardom.

These were the details of the news Muhammad Abdul-Wahhab’s mother after being honored by Al-Ahly: It was as... for this day. We hope that we have succeeded by giving you the full details and information. To follow all our news, you can subscribe to the alerts system or to one of our different systems to provide you with all that is new.