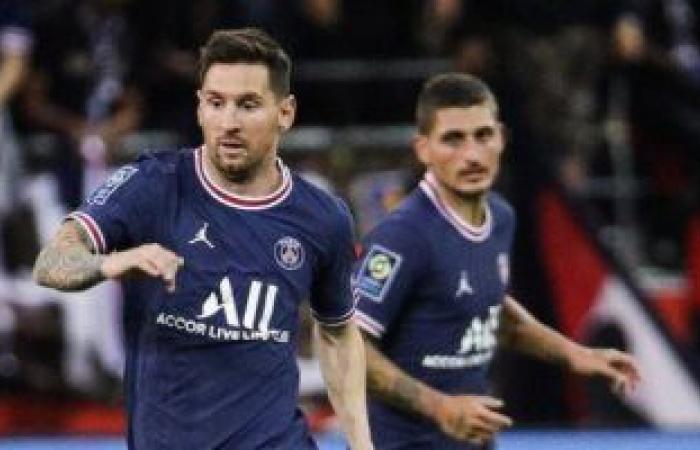 team collide Paris Saint-Germain Today, Wednesday, at nine in the evening, with its counterpart Club Brugge in the first rounds of the first group of the European Champions League, at the “Jean Bridal” stadium.

Paris Saint-Germain is competing in Group A of the Champions League, with Manchester City, Club Brugge and Leipzig in Germany.

No voice is louder than Messi’s voice in this confrontation, as the Argentine star appears for the first time in the Paris Saint-Germain shirt in the Champions League, after his departure from Barcelona, ​​where he had cut the tape of local participation with the French capital club.

Technical differences and heavy elements give the victory to Paris Saint-Germain, compared to Club Brugge of Belgium.

The formation of Paris Saint-Germain is led by a number of distinguished players, led by Argentine Lionel Messi, Neymar da Silva and Kylian Mbappe, in order.

Paris Saint-Germain dreams of winning the first title of the Champions League, with Lionel Messi, after losing the championship in the 2019-2020 season, after losing to Bayern Munich with a clean goal.

Paris Saint-Germain is playing the Champions League this season, with the same dream of Manchester City, as the French capital club is looking forward to winning the first European title in its history.

Argentine star Lionel Messi will lead the formation of Paris Saint-Germain for the first time mainly this season against Club Brugge, accompanied by the prominent duo Kylian Mbappe and Neymar da Silva.

The Paris Saint-Germain team glowed, in the first 5 rounds of the French League this season, with 5 victories, 15 points, topping the top of the competition standings so far.

These were the details of the news Paris Saint-Germain collides with Club Brugge in Messi’s first appearance in... for this day. We hope that we have succeeded by giving you the full details and information. To follow all our news, you can subscribe to the alerts system or to one of our different systems to provide you with all that is new.