Liverpool announces the success of Harvey Elliott’s operation after a fracture... 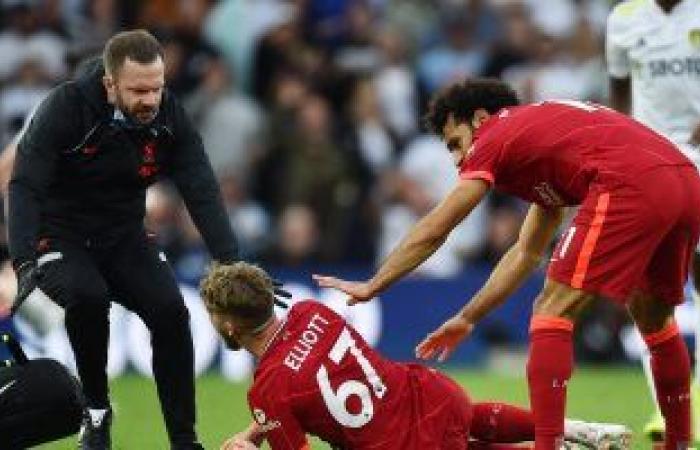 Liverpool announced that its player Harvey Elliot underwent a successful operation after a severe injury he sustained during the match against Leeds United in the fourth round of the English Premier League.

And Liverpool indicated in a statement that “Elliott underwent successful ankle surgery, after suffering a fracture in his left joint, and will now begin his rehabilitation program with the medical team, and while he is expected to return to action later this season, no details have been identified. timetable for his return.

He added, “We were able to immediately reduce the severity of the dislocation on the field, and Harvey underwent surgery today to repair the fracture and damaged ligaments in the accident. The operation was successful, so he is starting to return now.”

“We are not going to pressure him into setting a time frame for his comeback, we expect him to appear again later in the season after our rehab programme,” Moxon concluded.

Harvey Elliott, the young Liverpool player, reassured his fans and followers through his accounts on social media after the severe injury he sustained yesterday in the leg, during the Reds match against Leeds United, which was held on the “Island Road” stadium, and ended with the Reds winning three goals for free, In the fourth round of the English Premier League.

Harvey posted a picture on his account on the social networking site Instagram, and commented on it: “Of course I am completely upset about what happened yesterday in Leeds, but I was completely overwhelmed by the love and support that the entire football world showed me after the injury. Thank you very much to everyone who contacted me or sent messages to me. For my family, it means a lot to us.”

He added: “I am now fully focused on my recovery and will do everything in my power to rehab to get back there as quickly as possible. I know I have a great support network behind me at Liverpool and we will get through that together.”

“To all Liverpool fans, your support means the world to me, I’m one of you and I can’t wait to come back faster, fitter and stronger to help the team in the future.”

These were the details of the news Liverpool announces the success of Harvey Elliott’s operation after a fracture... for this day. We hope that we have succeeded by giving you the full details and information. To follow all our news, you can subscribe to the alerts system or to one of our different systems to provide you with all that is new.