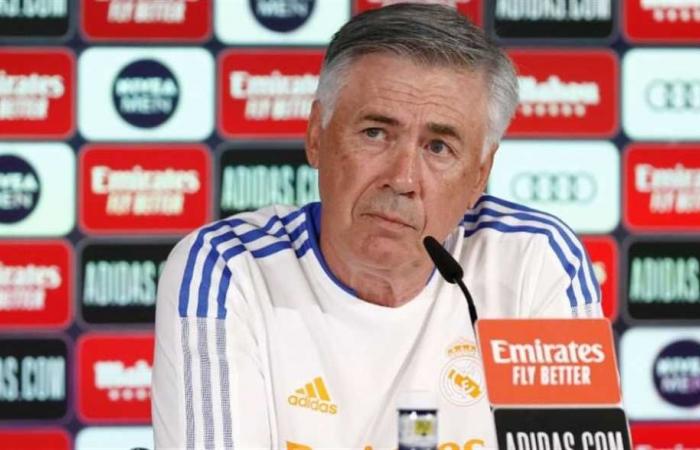 Real Madrid coach Carlo Ancelotti revealed what he told Vinicius Junior in order to develop his level this season.

On Wednesday, Real Madrid will meet Inter Milan in the first round of the Champions League group stage, which will be held at the San Siro stadium.

Ancelotti said during the match press conference: “The team is doing well and we played a great match against Celta Vigo. Tomorrow is another story and we are very excited.”

He continued, “Inter is a very good team with a similar structure to last season, but with a new coach and new incentives. We want to win, dominate and play well.”

He continued, “The Champions League is something special for me, I won it twice as a player and several times as a coach, especially the tenth, that anniversary is very special.”

He explained, “Vinicius? I treat him like everyone else, I push him in training and tell him to focus on the work and then the quality of the player comes. Playing gives him confidence and he has desire and enthusiasm and it may happen if you are not good he may give you motivation, the only thing different is his coldness in front of the goal but he is the same player who He played in the past seasons.

He stressed, “It is difficult to determine which team is the favorite to win before the start of the competition, Real Madrid will compete as usual, sometimes they win it more than any other team, we will fight for everything.”

He continued, “The League or the Champions League? I don’t know. My biggest fantasies were to return to Real Madrid. I am happy to go to Villadebebas every day to train.”

“Alaba trained once with the team and he might play, and Modric might rest, but let’s see what happens,” he added.

“There is a somewhat different atmosphere in Real Madrid, the Champions League is always special, it is no coincidence that they have won it 13 times, there is a special motive in that.”

Real Madrid were drawn in Group D, along with Inter Milan, Shakhtar, and Sharif Traspol.

These were the details of the news FilGoal | News | Ancelotti: The Champions League is... for this day. We hope that we have succeeded by giving you the full details and information. To follow all our news, you can subscribe to the alerts system or to one of our different systems to provide you with all that is new.