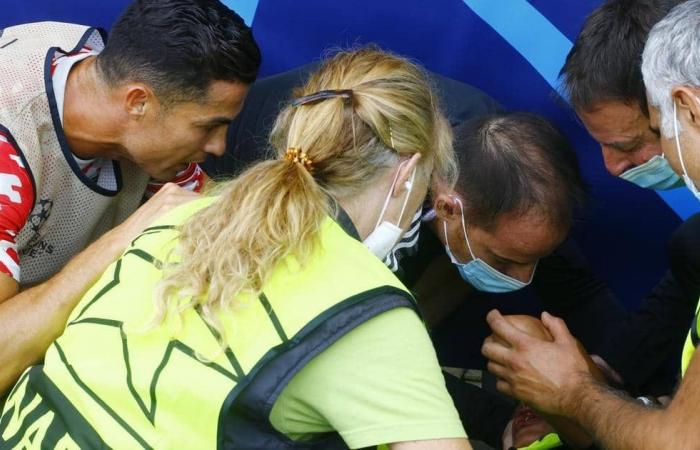 According to sources from the grounds of the club “Yang Boys”, the Swiss opponent of Manchester United in Champions LeagueThe security guard was subjected to a superhero shot from Ronaldo, which hit him in the head when he was standing behind the goal.

After checking on the safety of the security man, Ronaldo returned to complete the warm-up, before the start of his first match in the Champions League this season against the Swiss Young Boys.

Ronaldo did not wait long, and opened his team’s goals in the championship after only 13 minutes, taking advantage of a perfect pass from his compatriot Bruno Fernandes.

These were the details of the news In pictures, Ronaldos “superhero” shot drops a security man and puts... for this day. We hope that we have succeeded by giving you the full details and information. To follow all our news, you can subscribe to the alerts system or to one of our different systems to provide you with all that is new.